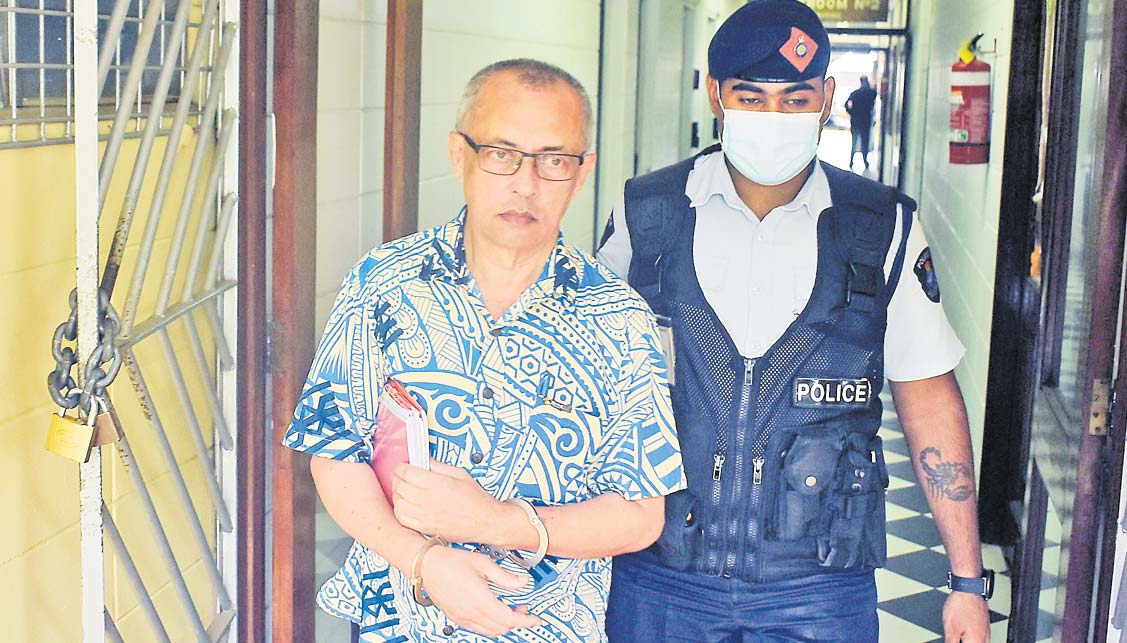 Mohammed Raheesh Isoof says he did not murder the family of five whose bodies were found in the Nausori Highlands in 2019.

Isoof testified to this while taking the stand as the trial – that called 55 State witnesses, two defence witnesses and lasted 12 days – ended last Friday.

The 65-year-old New Zealand resident was quizzed by State prosecutors about the deaths of Nirmal Kumar, 63, his wife Usha Devi, 54, their daughter Nileshni Kajal, 34, and Ms Kajal’s daughters Sanah Singh, 11, and Samarah Singh, 8, as he was the last person to be seen with the family before their bodies were discovered in the Nausori Highlands in August 2019.

Mr Isoof told Justice Thushara Rajasinghe during cross-examination that the late Mr Kumar was more than a brother and best friend to him, and the family was like his own.

State prosecutor Semi Babitu put to the accused that he took advantage of the family and made promises to them that he knew were not true, which included providing them a life in New Zealand.

Mr Isoof said he never promised anything to the deceased family, did not take advantage of them and everything he did with them was done out of respect as they had known each other for a very long time.

The State also put to the accused that he was present with the family at the scene on August 25, however, he said he was not there.

Mr Isoof told the court in his examination-in-chief that he had dropped the family off at the mountains on that morning as they requested and returned to do some shopping as he was expecting visitors at his Legalega, Nadi, home.

He said if he had murdered the family, he would have caught a flight back to New Zealand immediately after, however, he said he had asked his tenant to rebook his flight for a later date.

Mr Isoof said he informed police officers who visited the home of the deceased family on August 26 that he had dropped the family off in the mountains, however, he did not inform Sangeeta, the daughter of his deceased neighbour, Nirmal, because he felt it was premature to tell her at that stage and he did not want to speculate.

He also said he was with the family in the Nausori Highlands at around 11am and not 10am as stated by the prosecution.

The prosecution, however, told the accused that the time was displayed on two photographs of him at the crime scene which were brought up by their cyber witness, Savenaca Siwatibau.

The prosecution brought up the evidence of Krisht Kupsamy, the late Nileshni Kajal’s boyfriend, and told Mr Isoof that the last Viber message sent by her to him was at 10.19am.

The prosecution then put to him that he was at the crime scene with the family at 10am and not 11am, to which he said that could not be the case.

The accused said that was incorrect as the time was an hour behind .

He was then asked why he did not challenge their witness about the time – to which Mr Isoof said that if he knew he was allowed to speak up, he would have during the trial.

Judge Rajasinghe then told the accused that that was the whole point behind having a lawyer represent him.

Mr Isoof said he did inform his lawyer that the time was wrong.

Mr Isoof said he was not in a relationship with Ms Kajal and what was testified in court earlier about them being involved was a lie.

Prosecutors also put to Mr Isoof that he wanted to blame Ms Kajal, the mother of two children, for the family’s death when he said that she was mixing some chemicals on their way to the mountains.

However, the accused said that was a lie and added he would not blame Ms Kajal as she had suffered a lot and was divorced as well.

The State also put to the accused that he was confident when he left the Nausori Highlands on August 25 that no one would pin him for the murders and that there were certain mistakes he made, to which he said that was not the case.

The defence also called their second witness, Jitendra Sharma, a taxi driver on the last day of the trial.

Mr Sharma told the court he had seen Nirmal and his family at the NewWorld Supermarket car park in Votualevu on August 26 at around 10am when he went shopping for his family.

He said he gave a statement to police to that effect. Both counsels will deliver their closing submissions on Friday.