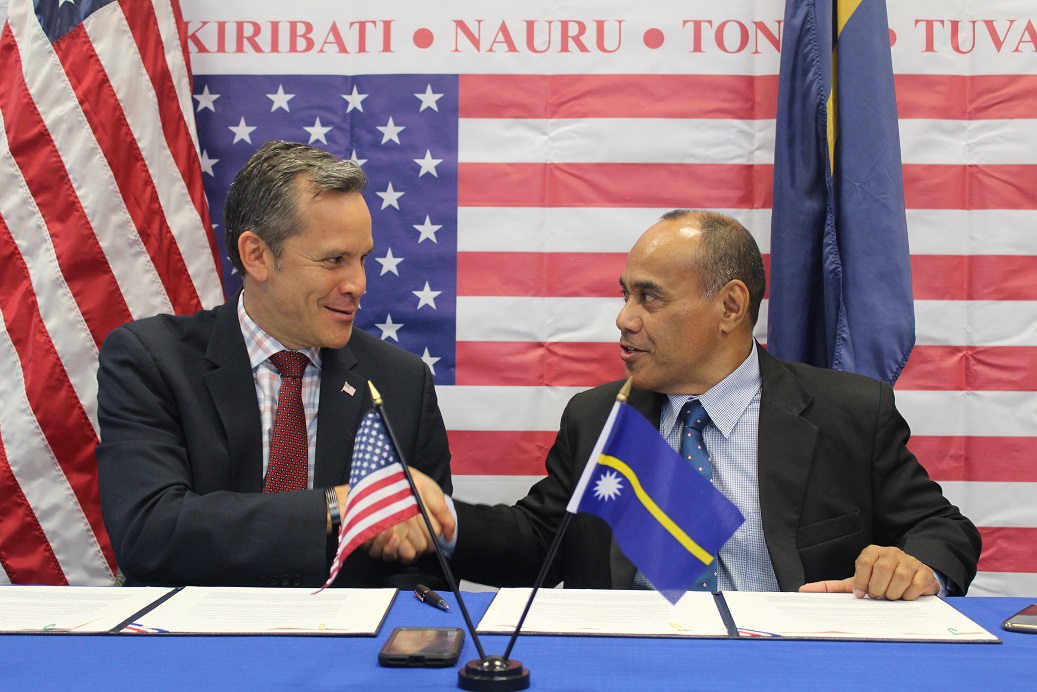 A new agreement which is anticipated to provide access to the full range of investment support offered by the U.S. International Development Finance Corporation (DFC) was signed today by the US Ambassador Joseph Cella and Nauru High Commissioner Michael Aroi.

According to Mr Cella the trade between Nauru and the United States grew to US$5 million in 2019 and hit US$3.5 million at the end of the third quarter this year.

“It was my honor to sign the Nauru-United States Investment Incentive Agreement to build an economic bridge between our nations,” he said.