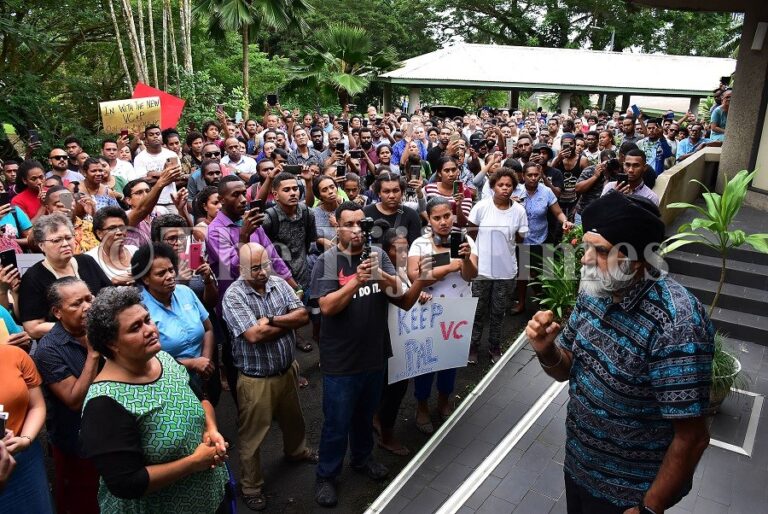 Fijian academics at the University of the South Pacific were implicated in a 2019 report into mismanagement and corruption at the regional university released by Nauru’s President Lionel Aingimea in Nauru’s Parliament this week.

Known as the BDO report, Mr Aingimea said it showed serious breaches of university processes and procedures resulting in the loss of millions of dollars of member government and donor funding.

He said one particular academic was mentioned more than 100 times in the report.

She was investigated after being awarded a five-year contract, three cash bonuses and one-step increment that was not aligned with the university’s recruitment standards.

Mr Aingimea said the report was then used to review the university’s procedures and implement reforms so mismanagement, corruption, fraud and financial irregularities were not repeated.

Mr Aingimea said that during his year-long tenure as chancellor ending in June 2021, he was faced with the most trying times in the history of the regional university.

“Our unity as a region was being severely tested.

“My tenure was marked by having to deal with challenges including the COVID-19 pandemic on USP, a severe funding crisis, and the deportation of the vice-chancellor and president (VCP).”

Contacted yesterday, university vice-chancellor Professor Pal Ahluwalia said he was in a meeting and that he would respond.

USP Staff Association president Elizabeth Fong said the association had called for action to be taken on the report’s findings.