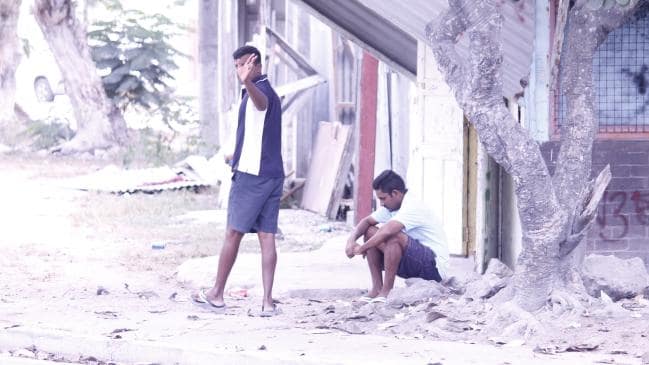 A group of asylum-seekers in Nauru have written to the New Zealand Prime Minister’s office. Picture: Clint Deidenang

YAREN, 24 JULY 2018 (AAP) – As asylum seekers continue to leave Nauru for the United States, one group has asked New Zealand’s government to take them in.

In a letter to the New Zealand Prime Minister’s office, 27 of the asylum-seekers have sworn they won’t use New Zealand as a backdoor to get into Australia if accepted.

The Turnbull government has so far declined New Zealand’s standing offer to take in 150 of the detainees because of fears it would be used as a propaganda tool by people smugglers.

The letter, published by Radio NZ, outlines a series of complaints about the conditions faced by the asylum-seekers and makes a plea to Kiwi officials.

“Australia has tortured and killed our beloved friends and families for all these years, therefore how could we want to live in Australia?” it reads. The Australian government has previously said it wants to prioritise an agreement with the US over the New Zealand offer.

But while the US has agreed to take in up to 1250 people from detention centres, its travel ban means refugees from five Muslim-majority countries — who make up a large chunk of those originally headed for Australia — may be rejected.

Comment has been requested from New Zealand’s immigration minister. More than 300 people have already been transferred to the US, but another 1500 remain in offshore detention on Manus Island and Nauru.

Thousands of people marched in rallies across Australia over the weekend to mark the fifth anniversary of offshore processing, which began under the Rudd government.