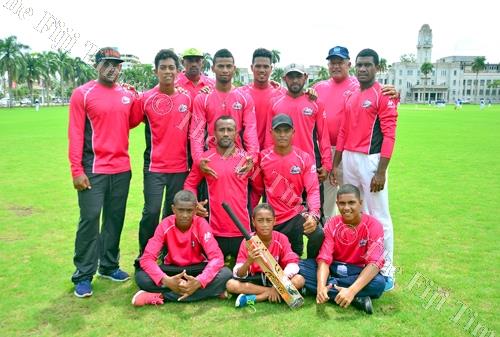 The Oneata Cricket team during the Easter Cricket competition at Albert Park in Suva on Monday, April 02, 2018. Picture: JONACANI LALAKOBAU

FOMER national cricket rep Taniela Naulivou has called on officials to focus on developing young players at the grassroots level.

Naulivou stepped in to help the Oneata side during the Easter Cricket Championship at Albert Park yesterday.

The Lakeba man says if we want to compete in high standard international competition then more development is needed in rural areas, especially in the islands.

‘We have good players who live in the outer islands and sometimes they want to come to Suva to compete but the difficulties they faced such as transportation would stop them from coming in,” Naulivou said.

“I suggest that we bring the competition to them and test out their ability to compete with our players that reside in Suva and we can get a selection of players who can represent Fiji.”

“We have a majority of young players who are part of the national team and to expose their talents, they need to compete in high level competition.

“We could get them to join overseas clubs for a period of time just to expand their knowledge and see how overseas players play but I know financial issues is a big hindrance for our federation.

“I am calling on our officials and development officers to go strong on our awareness and get in good players and monitor them.”