NATO meeting to focus on Russia, as U.S. cautions Turkey over missile purchases 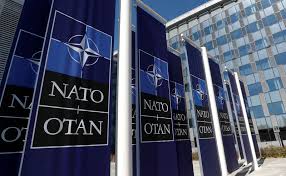 Banners displaying the NATO logo are placed at the entrance of new NATO headquarters during the move to the new building, in Brussels, Belgium April 19, 2018. REUTERS/Yves Herman

WASHINGTON (Reuters) – Turkey remains an important NATO ally and partner to the United States despite concerns over its plans to buy missile defense systems from Russia, a senior State Department official said on Tuesday, a day before the start of a NATO meeting in Washington. The official, speaking on condition of anonymity to preview […]