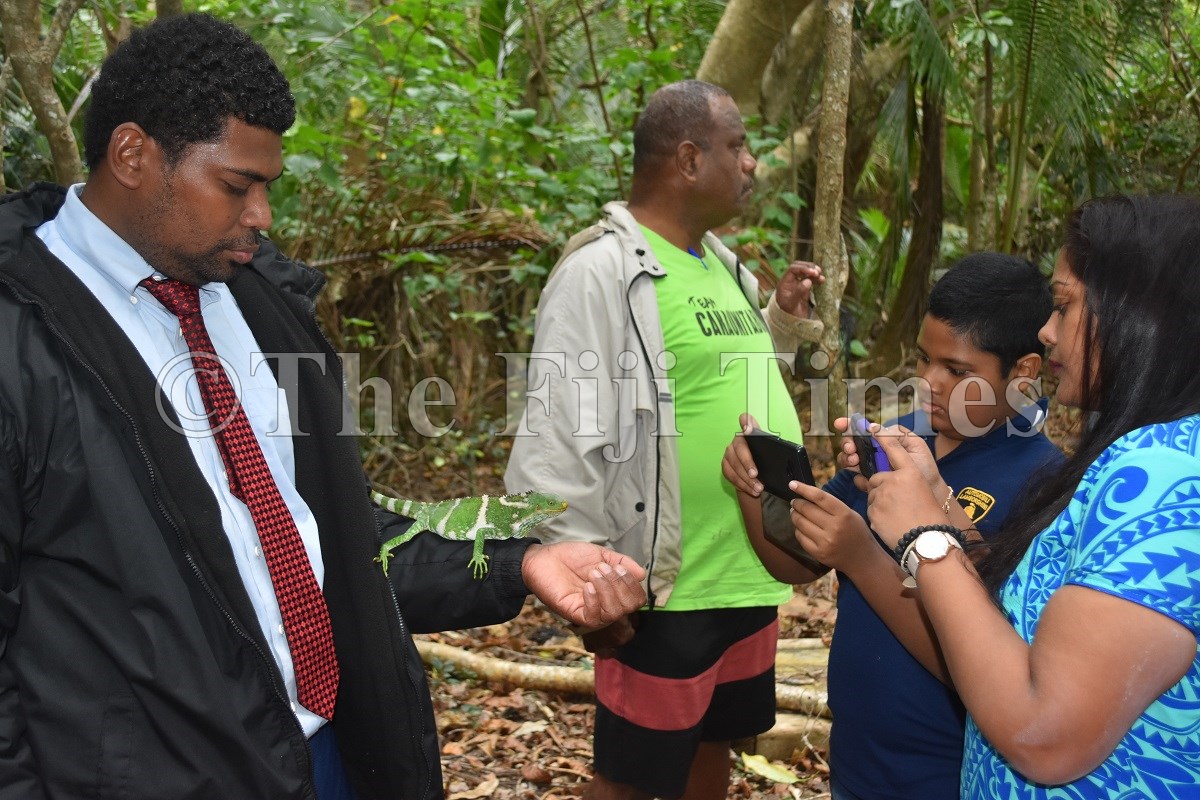 POACHERS are one of the biggest threats to the protected Fijian crested iguana (Brachylophus vitiensis) which thrive on Yadua Taba Island, Bua.

National Trust of Fiji ranger Eroni Matatia who manages the crested iguana sanctuary on the island, said they were aware of a case in 2016 where foreigners made off with iguanas without the permission of landowners.

He said two years ago, Fijian crested iguanas believed to have been stolen from the island were found in Germany.

“I remember the day that the incident happened as I had travelled to the island with an uncle of mine who wanted to go spearfishing on the reefs near Yadua Taba,” Mr Matatia said.

“When I went to check the species count on the North end of the island, I was later informed by my uncle that a boat had approached the island and two foreigners had gotten off the vessel making their way to the island on board kayaks.

“My uncle saw the two foreigners return from the jungles with a sack containing the iguanas.

“All they said to him was, ‘don’t speak English’ and they had heavy German accents.”

During an interview Ministry for Environment permanent secretary Joshua Wycliffe said he was not aware of iguana smuggling on the island.

However, he said, they had worked with police two years ago to apprehend a smuggler intending to steal the species from the sanctuary.

Mr Wycliffe said the foreigner was later deported to his country of origin.

“We are working with traditional owners of sanctuaries like the one here in Yadua Taba and partner with non-governmental organisations like National Trust of Fiji to create awareness on the importance of conserving these species,” he said.