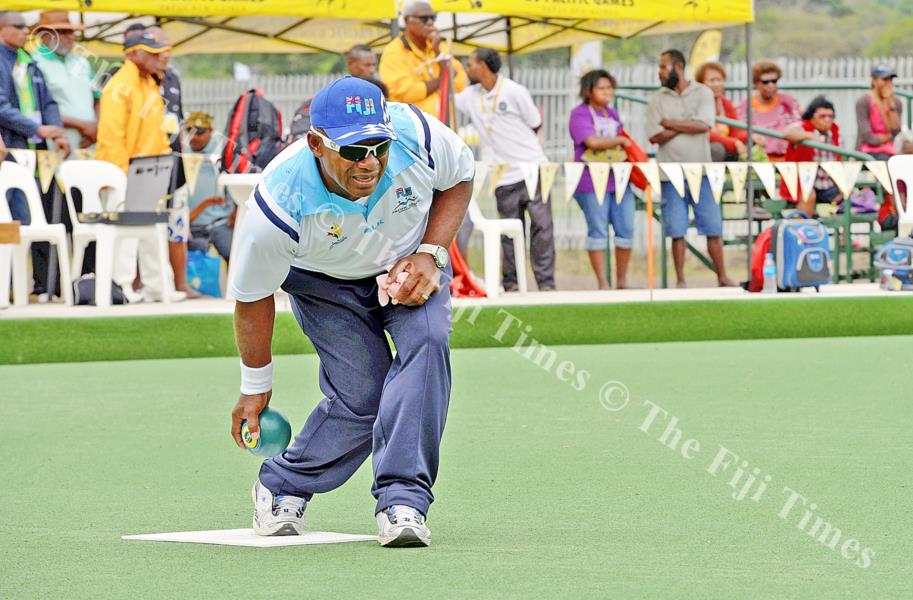 ONE cannot compromise with other priorities when it comes to national duty says Team Fiji veteran bowler Semesa Naiseruvati who is competing in the Commonwealth Games in Gold Coast, Australia.

The 54-year-old paired with Kushal Pillay and Arun Kumar in the men’s triple pairs, however, the trio lost both the matches going down to Jersey 20-10 and then in the second match Australia beat them 28-3 at the Broadbeach Bowls and Lawn Club.

“It requires a big and thorough preparation when you are competing in the Commonwealth Games,” he said.

“Those who are given a chance to represent Fiji should do with the heart and give their all.

“The Commonwealth Games come after every four years and we do not know whether we could stand up or no and even young blood can represent the team.”

Naiseruvati said he had been in the sport for 18 years after representing the country in the 2003 Pacific Games formerly known as South Pacific Games.

“I have done the hard yards to be in the Commonwealth Games,” the Nairai, Lomaiviti native said.

“I am rubbing shoulders here with the big countries where bowlers are playing for a living.

“There was no turning back for me since 2003 and in that same year I won four gold medals in the South Pacific Games. I have been all over the world playing bowls. It was unfortunate that Fiji was suspended from the Commonwealth Games so it is my first Commonwealth Games.”