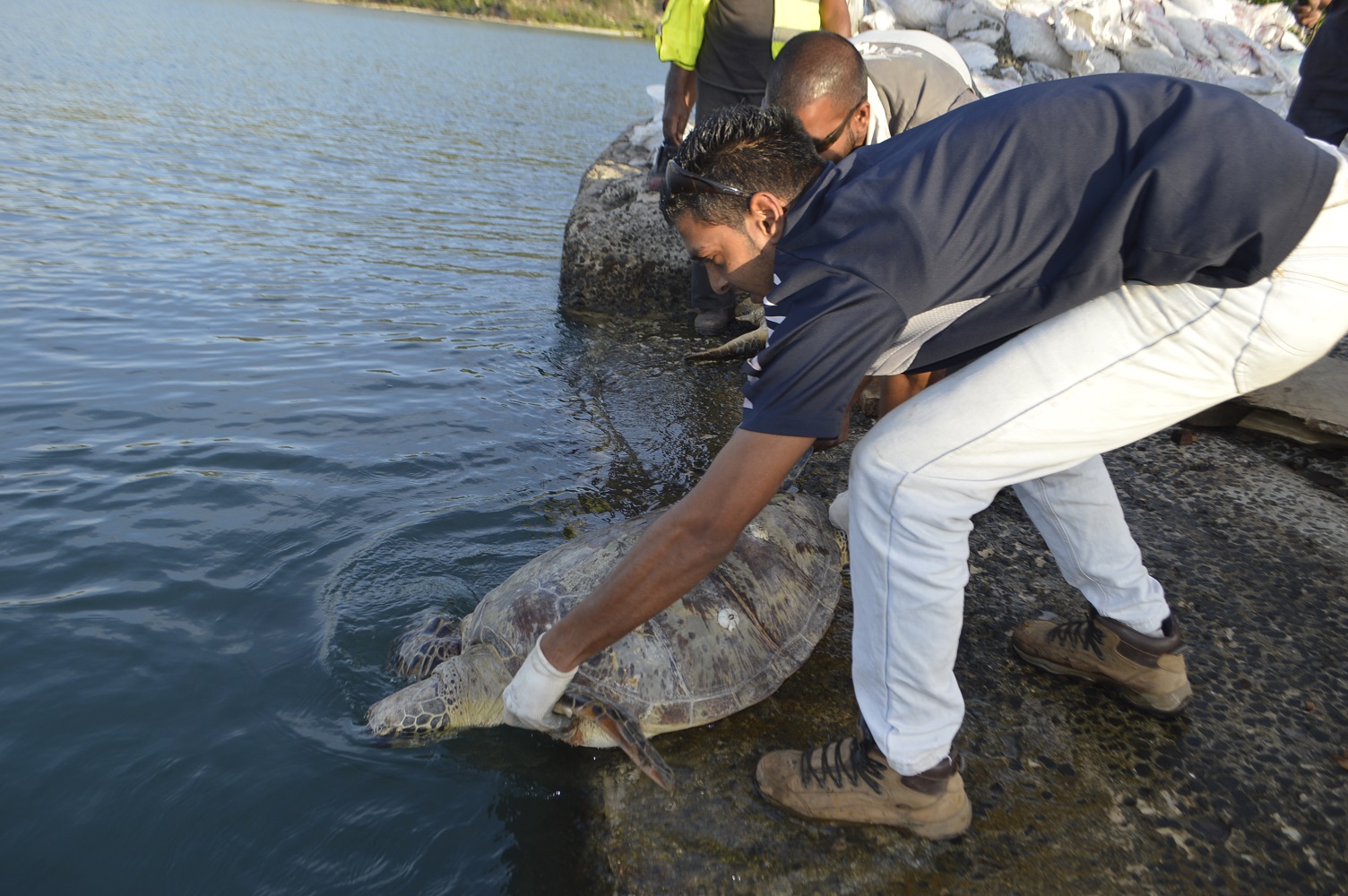 Fisheries personnel in Labasa release a turtle back into the sea. Members of the public are warned to refrain from slaughtering them. Picture: FT FILE

THE Department of Fisheries has warned villagers in the district of Natewa to refrain from slaughtering turtles as it was illegal.

Speaking last week during a talanoa session with villagers of Nadavaci in Natewa, divisional fisheries officer Northern Joji Vakawaletabua reminded villagers that those caught with turtle meat would be taken into police custody to face the courts.

Mr Vakawaletabua said despite their warnings to members of the public, they continued to sell and consume turtle meat.

“We are aware of communities entertaining these illegal acts and we are monitoring them,” he said.

“The turtle ban is still continuing and we are pleading with members of the public to adhere to the ban because it will enable the turtles to reproduce and boost the current turtle stock that are depleted.

“Most people are aware that the 10-year moratorium on the sea turtles had ended last year but they need to be aware that the Government had extended a new turtle ban for another 10 years.

“Turtles are only allowed to be slaughtered for traditional events but those wishing to catch the sea animals need to apply for permits from the ministry.”

Mr Vakawaletabua was responding to concerns raised by village elders of Nadavaci regarding poachers who were already after turtles found in their waters recently.

Meanwhile, Fisheries Minister Semi Koroilavesau had earlier said the ban would ensure that the conservation, management and protection of the turtles were strengthened.

There are at least five turtle species in Fiji that are listed internationally as vulnerable, three of which are the leatherback (vonu tutuwalu), the green sea turtle (vonu dina) and the loggerhead sea turtle (tuvonu).