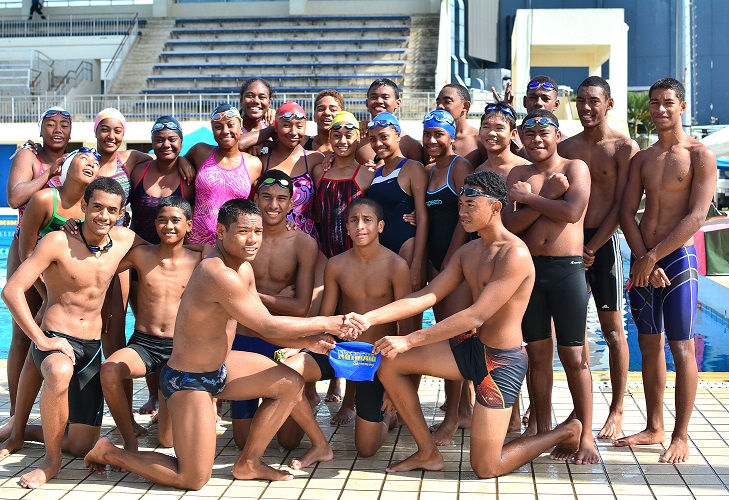 Head coach Isoa Toka said the team was not in the competition to make the numbers but would try and come out the top at the end of the two day event.

“We as a school and team have always been competitive and always here to challenge the other schools so we are not here to just make up the numbers for the competition, we are here to compete against the big guns and return home with something,” said Toka.

Most members of the team are experienced swimmers in the club level around Nadi and Lautoka.

“A lot of our swimmers have experience and they have also competed with swimmers from other schools in the club level so they are aware of what other teams are capable of and they are ready,” said Toka.

Compared with previous years, the Natabua team has fielded its biggest team.

“This is the biggest number of swimmers so far which is very good as we have five new club swimmers who had joined us and that should be able to boost our performance as a team,” said Toka.

“We thank our supporters, old scholars, the PTA, the teachers and everyone who has contributed in helping our team prepare for this two day event,” he added.

The school from the burning west has fielded 25 swimmers who will be competing in 88 events today and tomorrow at the Damodar City Aquatic Centre in Suva.