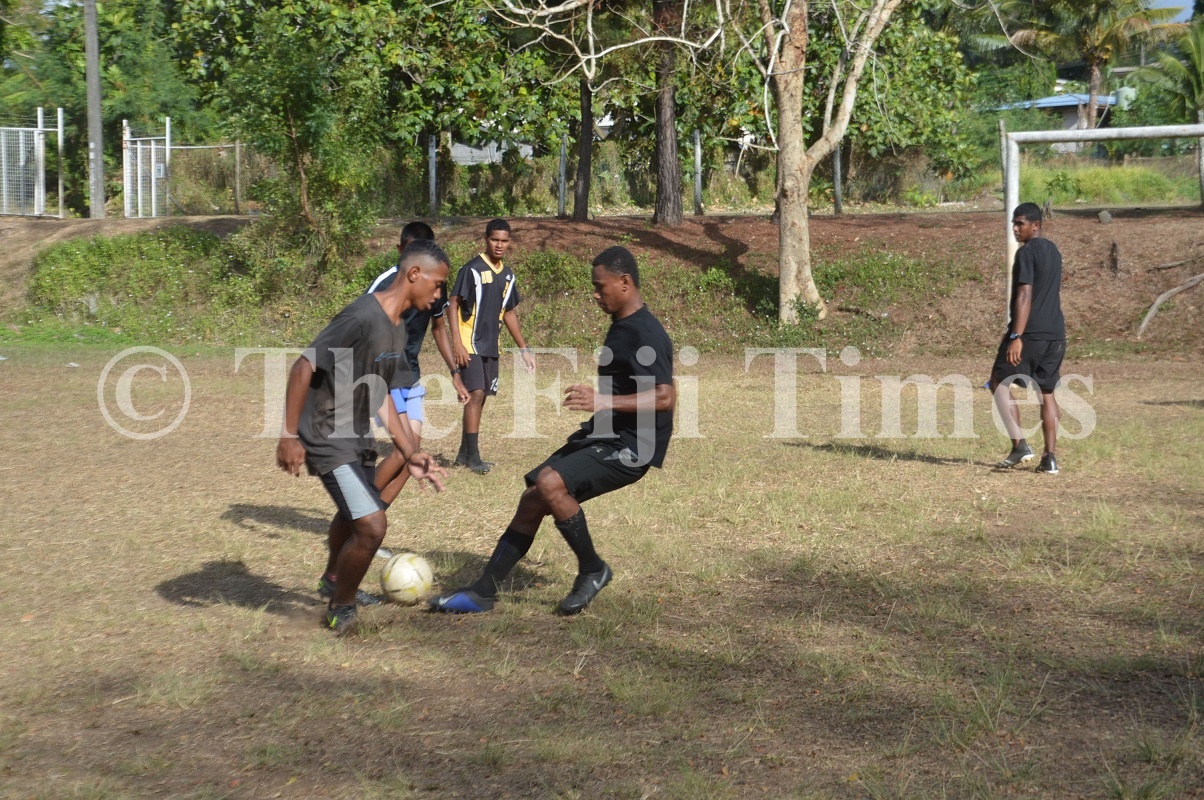 Some members of the Natabua High School under-19 team during a training session in Lautoka yesterday. Picture: NAVNESH REDDY

When the Fiji Secondary School’s Inter District Championship (IDC) kicks off at Lautoka’s Churchill Park today, the Natabua High School under-19 team will be playing with a mentality to win the tournament.

“We know that all districts will be represented by extremely good outfits and all schools will come prepared,” Namataga said.

“Just like all the competing teams, we hope that when we take the field tomorrow (today), we perform to our maximum.”

He added some of the boys in the squad were from the under-17 winning team from 2019 that beat Kamil Muslim College in the IDC final that year.

“This team is keeping football alive here at Natabua in the sense that this is the only team representing our school in the upcoming competition,” he said.

“We know we will be facing very tough competition in the pool stages as we are pitting ourselves against Vashist Muni College, Labasa Muslim College and DAV College Suva.”

He said his message to the boys was that teams such as Labasa Muslim College would be coming with a winning mentality as they were one of the farthest traveling teams.

“I hope the boys are mentally, physically and spiritually prepared to take these teams,” he said.

“It will be a good outing for the boys and we will be treating each match as a final. “We hope that our opponents from Group A are also prepared so that we get to see good football being displayed.”

Namataga said the aim was to win the competition. “It is not easy, but like any other competing teams, we are also going for the top silverware.”