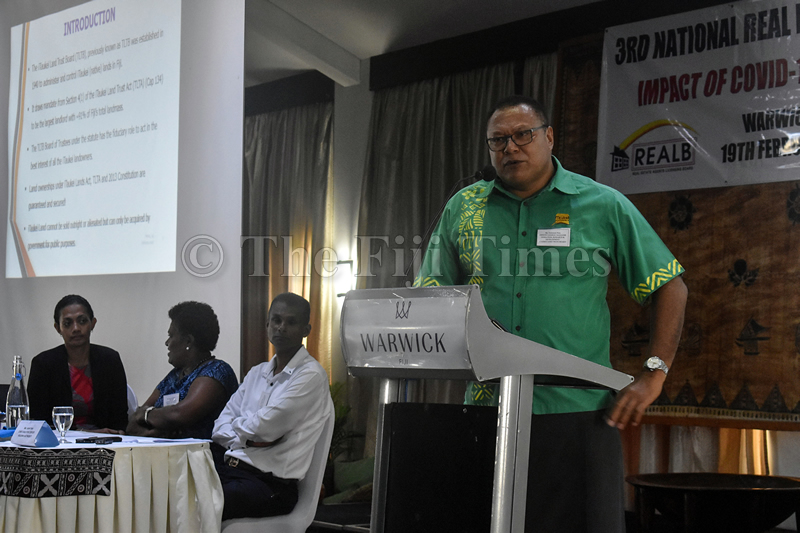 While speaking at the recent Third National Real Estate Conference 2021 at the Warwick Fiji on the Coral Coast, Mr Nata highlighted the importance of the security of land and said the TLTB managed about 91 per cent of land in the country.

He said native land in Fiji was safe and it was important to maintain confidence in the land.

“Uncertainty brought about by some people and there is a lot of uncertainty in the real estate market,” Mr Nata said.

He said he had seen some social media posts that iTaukei land had been sold.

He said this was impossible under the current law. He said the iTaukei people could not sell their land to somebody else.

“From last year and previous years, TLTB had received comments on social media that land was insecure.”