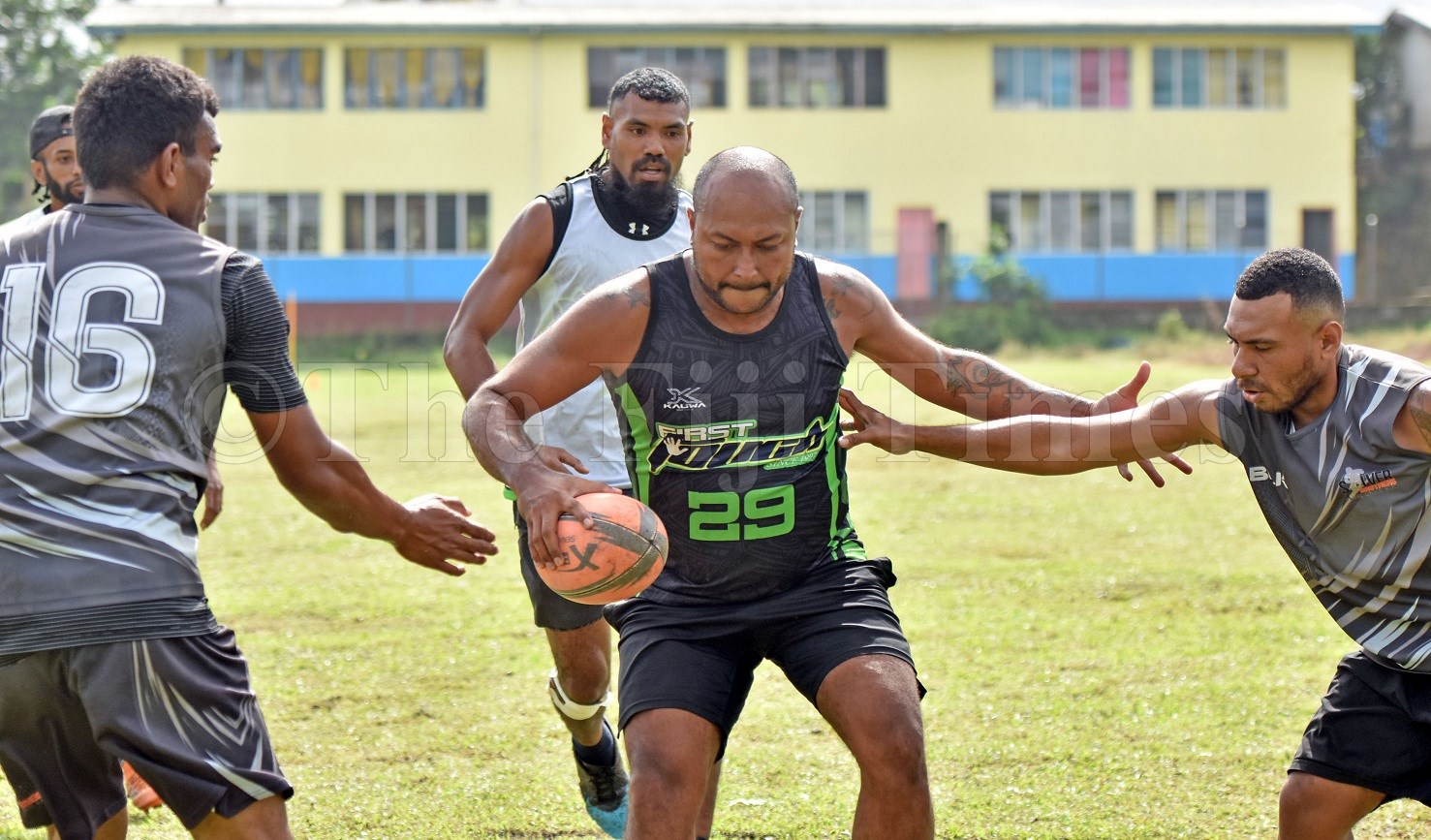 Action between the Vunitavola and Silver Brothers touch rugby match at the AOG High School grounds on Saturday. Picture: RAMA

Most youths in Nasinu are turning to sports such as touch rugby on the weekends, thanks to the executives of the newly formed Nasinu Touch Rugby Association.

After four weeks of club competitions, NTA has been reshuffling weekly draws because of the influx of new teams registering to join the association.

Association executive Koila Kabu said the huge interest shown was a good indication of the growth of the sport in the area.

“These teams are from around Nasinu such as Kinoya, Valelevu, Nadera, Cunnigham and even Tacirua. It’s exciting to note that players who are experienced in the sport, who live in these areas and play in Suva are among those helping to promote the sport in Nasinu,” Tabu said.

“While the sport grows, it offers a window of exposure to players. Simultaneously youths’ involvement in club games takes them away from unwarranted activities. “We have the Fiji Police Force helping us through their community policing programs by speaking and encouraging youths.

“There are other programs lined up to help mentor them.”

The association introduced junior touch for children on the weekend to play alongside the masters, women, men’s open and mixed categories.

“Two weeks ago we had two girls, now we have 12 wanting to play.

“We now have 11 men’s teams, 10 mixed and four masters’ sides and the interest is growing.”