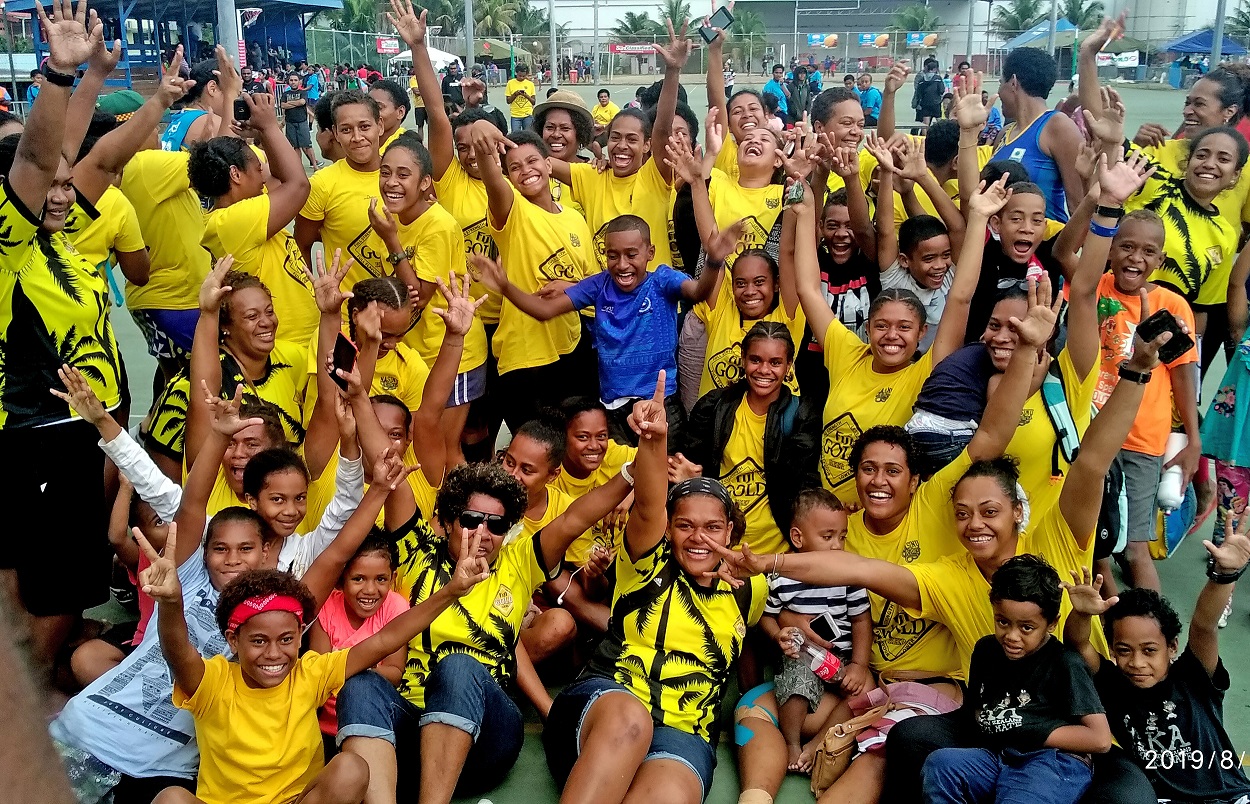 It was a battle of national players between New World Suva and Fiji Gold Nasinu at the National Netball Centre.

The Alesi Waqa Paul-captained team was unstoppable right until the end of the final whistle.

In the first quarter Suva led 9-7 with the help of national under- 21 players Matila Vocea and Maliana Rusivakula were Suva’s top shooters.

In mid court Prison officers Raijeli Daveua and Vaiti Waqatabu were in good shape for the Suva team intercepting all balls from their counterparts.

Veteran player Filomena Korovulavula was on wing attack and proved that age is not a barrier if the heart is willing to play.

In the second quarter it was 17 all as spectators cheered for both teams, they showcased pure talent, skills and battle of fitness.

In the third quarter Nasinu managed to edge Suva with one point 28-29 with Waqa coming in as center and Claire Delai on wing defence for Nasinu.

For Suva Vaiti Waqatabu switched to wing attack and Daveua went in to goal keeper. Korovulavula came back in the last quarter but failed to help her team push through as the Fiji Gold Nasinu team was on fire.

But it all came down to hard work and dedication and patience inside the court they proved Nasinu was worthy of the win.

Coach Lupe Cakau said it was a thrilling game after seven years they finally beat Suva. “Thrilling final and I knew that the girls had prepared well,” she said.

“We have finally achieved our goal. We thank our sponsors Paradise Beverages and Joe Rodan for being with us for the past 10 years. And today we are happy to say that this win was impossible without our sponsors.”

Cakau added that the girls had prepared physically, spiritually and mentally well.

“The glory belongs to God for the talent of these wonderful ladies.”

Suva dominated in the other grades beating Nadi 35-15 in the under 19 grade and Nasinu 26-16 in the premier grade.