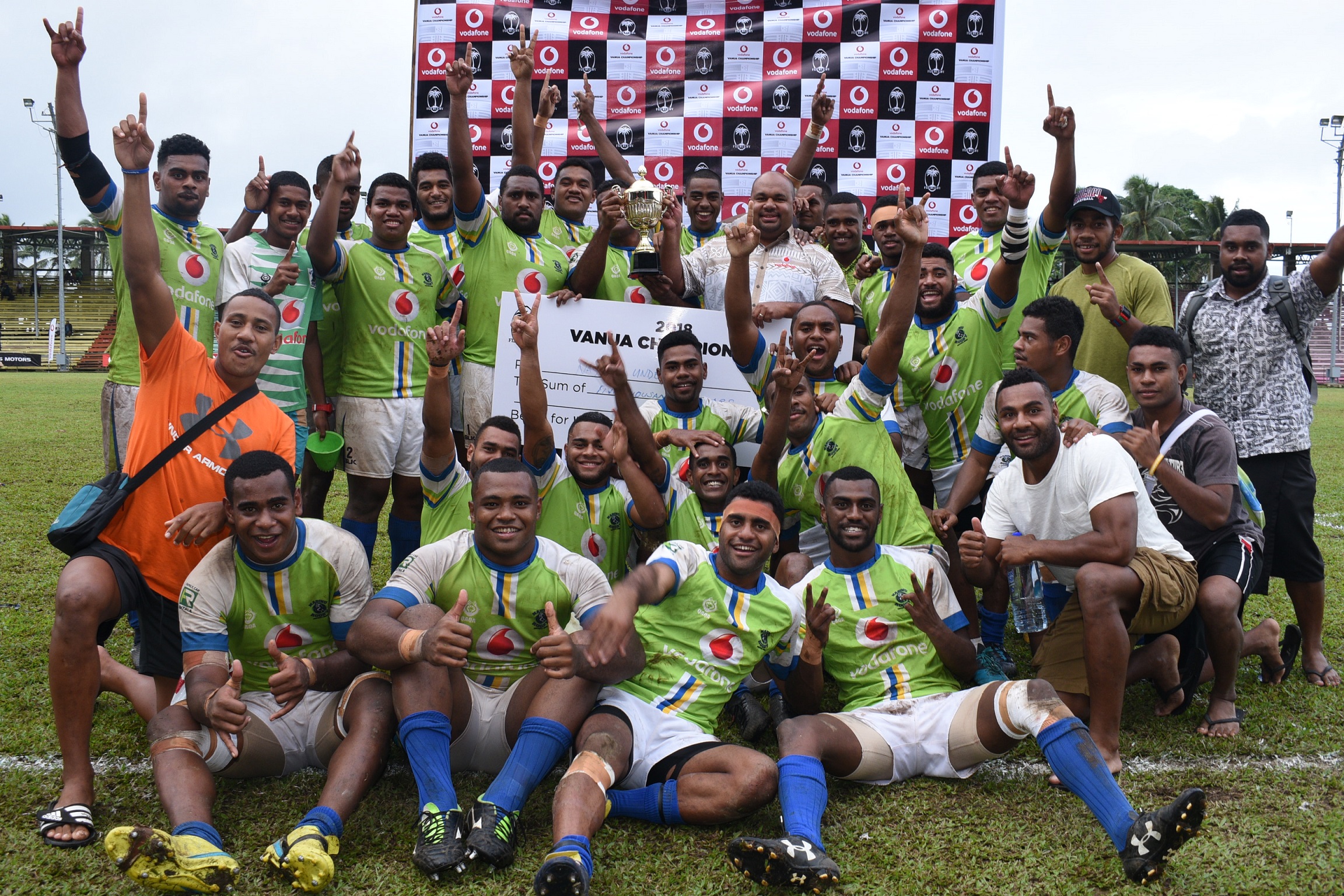 The champion Nasinu U20 rugby side that defeated Serua 38-14 in the Vodafone Vanua Cup final at Ratu Cakobau Park in Nausori on Friday, July 13, 2018. Picture: ERONI TUINUKU

NASINU Under 20 ruggers proved too strong for Serua after beating them 38-14 in the Vodafone Vanua Cup under 20 final at Ratu Cakobau Park in Nausori yesterday.

Both teams scored two tries each in the first half but Serua converted both tries that kept them in the lead 14-12 at the halftime.

Nasinu came back strong in the second spell outrunning the Seruan boys scoring another four tries to give them a confident lead and winning them the U20 title in the B/division.