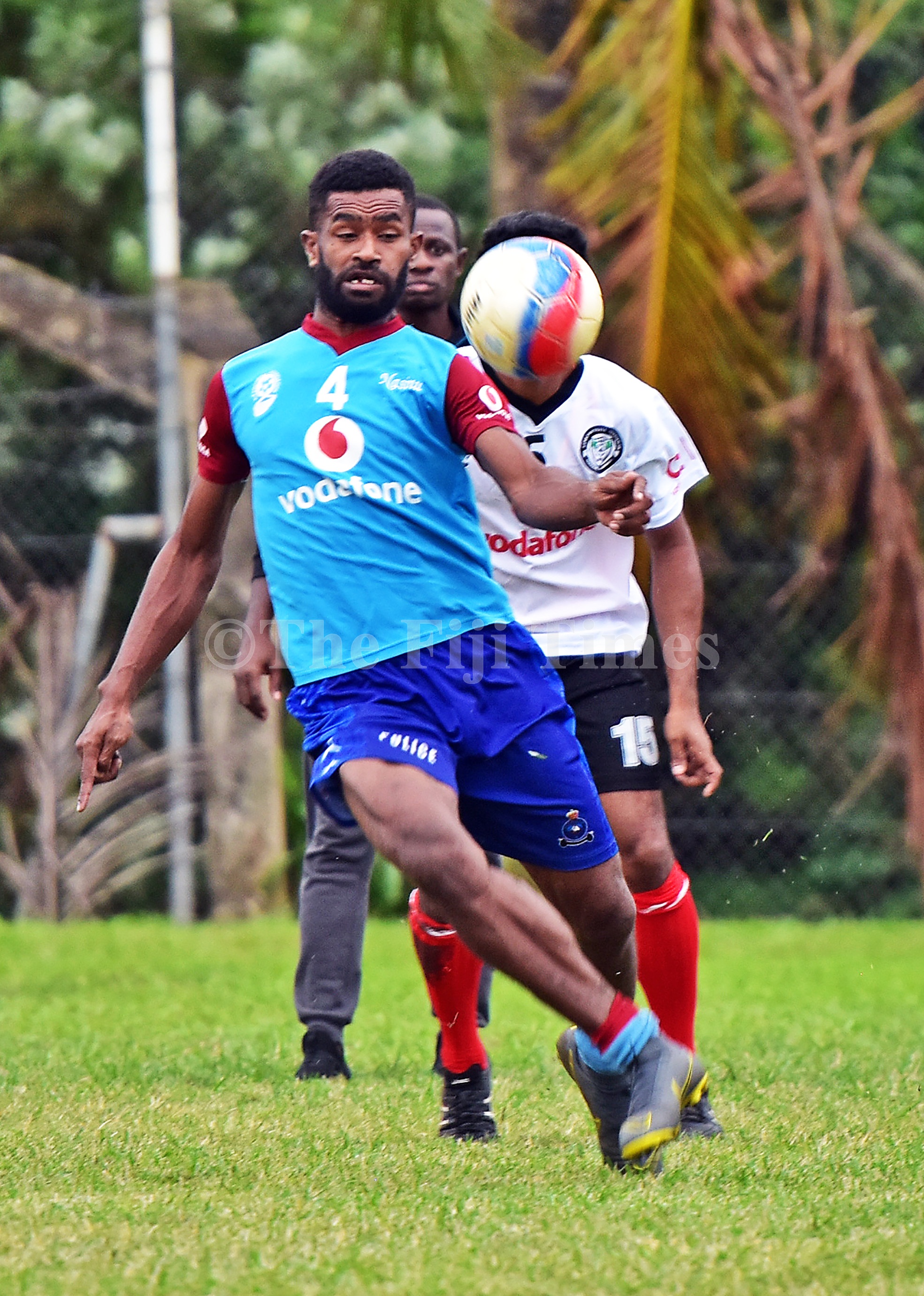 Leone Damudamu of Nasinu (right) attacks against Suva in a friendly game at Bidesi Park yesterday. Both teams are preparing for the Vodafone Premier League soccer coming week. Picture: RAMA

The Nasinu football team is confident of giving Ba a good run next weekend despite some of the setbacks they’re going through because of the COVID-19 pandemic.

Nasinu has a young side which has been training for the past few days while other players are at work finding ways to join their teammates on the field.

Nasinu Football Association president O’Neil Chand said COVID-19 had made a lot of changes in their preparations and they’re trying to blend into the system before they faced Ba next weekend.

“We’ve been contacting our players on and off the field with the struggles they’re facing during the restrictions and lockdown.

“Our task is to get the players back into the rhythm.

“We have a few problems on our own and that is during this pandemic, some of our players have lost their jobs and some still have their but to get them out at this time to train and play is very difficult.

“We understand the reasons behind their hardships and we are finding ways to control the situation and get the team ready for Ba next weekend,” said Chand.

The sixth round of the Vodafone Premier League will be an important match for Nasinu as they gun for their second victory after six games.

“We have a young side and some new players in the team and we gave them a good run last year so the boys are confident of levelling up against the Men in Black on their home ground,” he said.