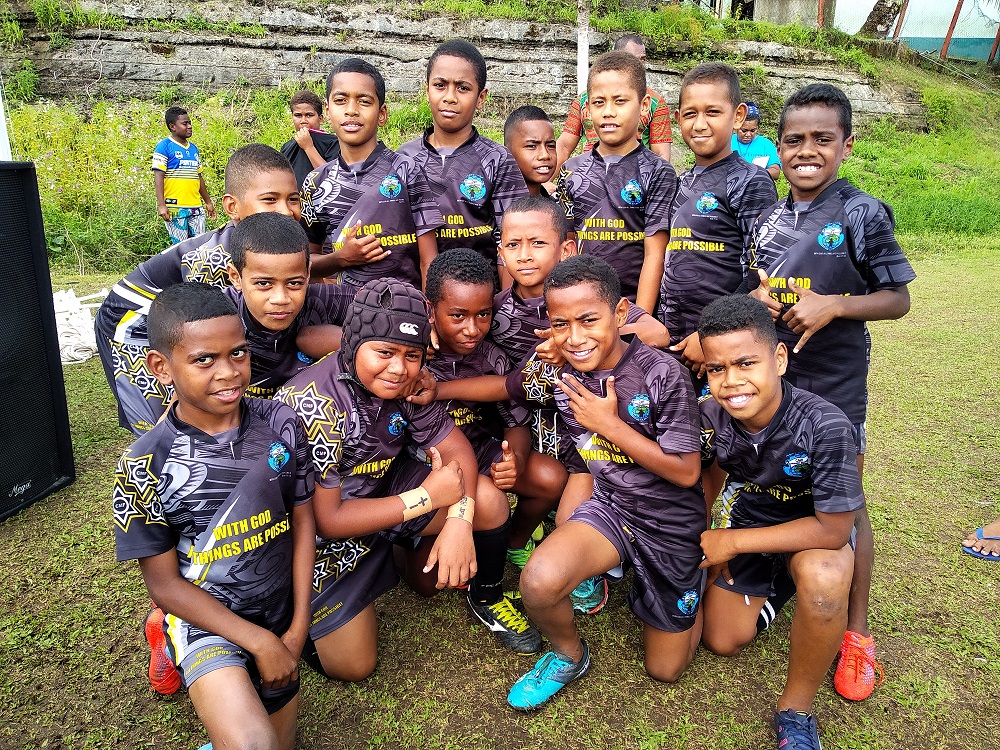 The Under 13 CMF and Delainamasi after the game. Picture: RAMA

DELAINAMASI Government School (DHS) and Nabua Primary School (NPS) have both confirmed their places in the final of the Under 9 grade in the  Vodafone Nasinu Kaji Rugby Competition later today.

NPS and NGPS were scoreless at full time and the match was decided through goal kicks with both schools putting forward their best three kickers.

The competition will have semi finals and finals in all grades today.

The names of players representing Nasinu to the Vodafone Kaji Rugby Division Competition will also be announced today.