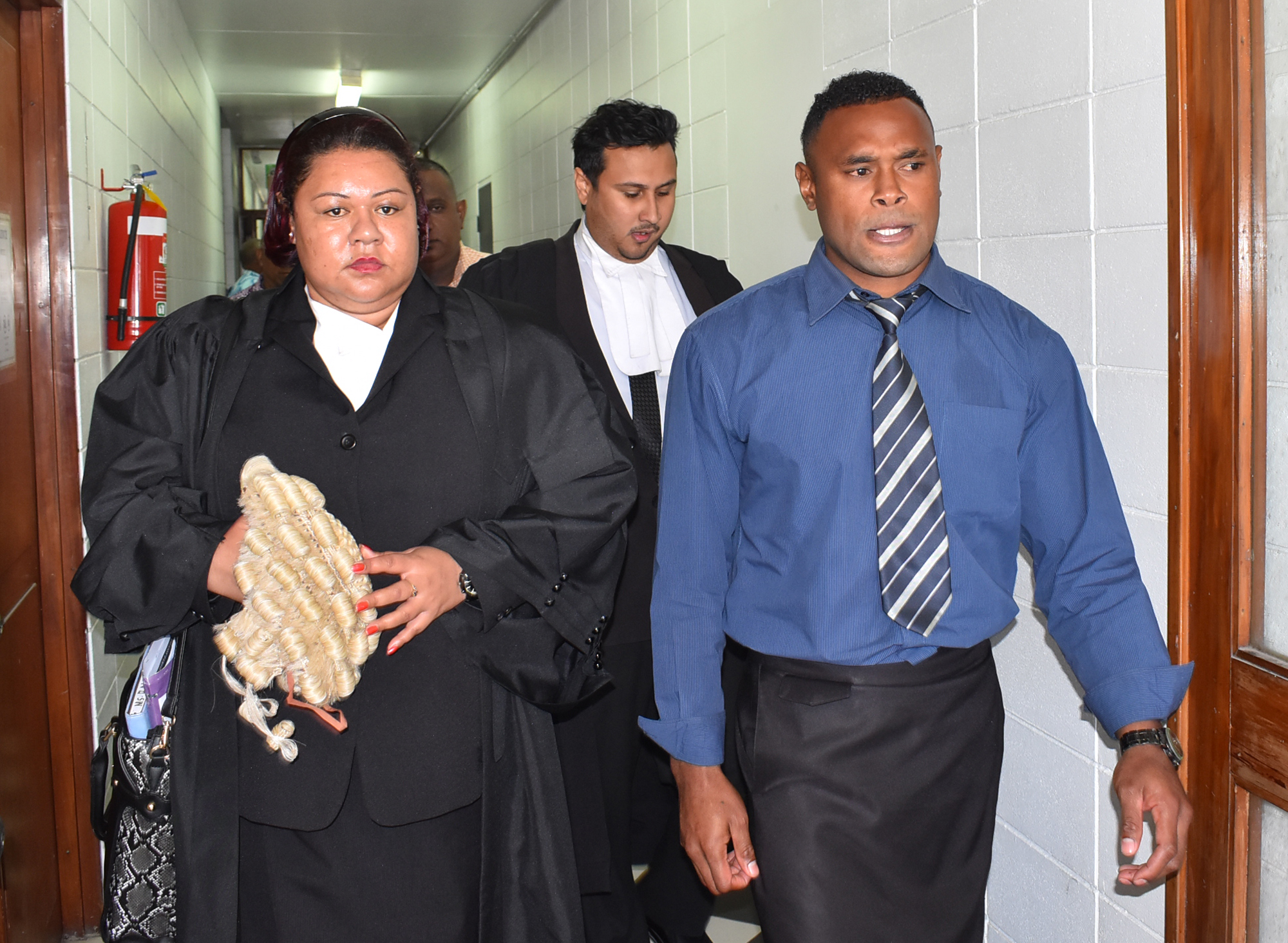 Amenoni Nasilasila seen in this file picture with his lawyers at the Lautoka High Court. Picture: REINAL CHAND/FT FILE

Former Fiji 7s player Amenoni Nasilasila has had his appeal refused by the Fiji Court of Appeal.

Justice Chandana Prematilaka ruled that the grounds of appeal filed by Nasilasila’s counsel did not have merit.

Nasilasila appealed on a number of grounds including that the judge erred in law by overturning the unanimous not guilty decisions of the assessors, and on grounds to how his case was handled, the caution interview with police in 2018.

Justice Prematilaka highlighted that Nasilasila’s disapprovals and grounds were due to the ineptitude of his trial counsel and ‘therefore it is not necessary to consider other two factors under section 17(3).’

Section 17, states the Court of Appeal shall not entertain any appeal made under the provisions of this Part unless the appellant has fulfilled all the conditions of appeal as prescribed by the rules of court.

Nasilasila is serving an eight-year sentence after being charged and convicted of rape in 2018.