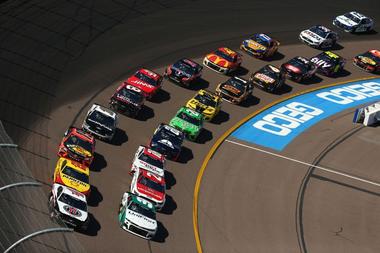 NASCAR President Steve Phelps held a teleconference with the sport’s media Tuesday addressing questions and reassuring that the hope is, yes, the full season’s 36 points races will be run, with the safety of the sport’s fans and its participants of utmost importance during the current worldwide COVID-19 virus pandemic.

NASCAR announced Monday that races through at least May 3 will have to be rescheduled.

“The health and safety of our fans, industry and the communities in which we race is our most important priority, so in accordance with recent CDC guidance, NASCAR is currently postponing all race events through May 3rd, with plans to return racing in Martinsville,” the NASCAR statement read in part. “We appreciate the patience of our fans and we look forward to returning to the racetrack.”

Phelps said Tuesday that the plan is to ultimately complete the schedule.

“We are going to do everything in our power to get these races in. If there are other variables that happen that would suggest we can’t do that, we’ll look at those at that time.”

Phelps said NASCAR must consider all its scheduling options — from midweek races, to doubleheader weekends to perhaps even racing during what would have been a two-week pause already written into the schedule for the 2020 Summer Olympics.

“At this particular point, we would like to finish the season at Phoenix and keep the playoffs portion (of the schedule) intact,” Phelps said. “With that said, it will require a lot of different opportunities for us to look at. We’re in the process of doing that.

Phelps said the sanctioning body must be, and is willing, to adapt as needed.

“It’s understanding the races that we’ve had to postpone and what is the best way to get them to fit back into the schedule,” Phelps said. “We’ll take a holistic view of what it is, not specifically, how are we going to prioritize one versus another.”

The question of whether NASCAR would consider holding events without fans also arose and Phelps said it is “in the consideration set.” But, he emphasized that the whole situation is evolving so quickly, even holding the races without spectators was questionable because of the continued risk to the drivers, teams and officials that are still working in relative close quarters in the garage.

On the subject of testing the Next Gen car for its scheduled 2021 debut, Phelps again cautioned that it’s a fluid situation and at this point, still “too early to tell” the feasibility of that.

Another major part of any schedule adjustment involves the sport’s media partners, something Phelps said the series and its two network partners, FOX and NBC, are well aware of and eager to work out. Logistics will obviously be an important factor.

“At some point soon, we hope to all get back to finding that escape that our fans are all looking for, in our case, getting back to racing,” Phelps said. “We are working with FOX and with NBC to understand what windows might be available. That will come as we develop this schedule. It is complex, for sure. But both partners have shown great willingness to try to work with us…to find windows to get back to racing in our case.”

Phelps allowed that there have been discussions even about broadcasting alternatives such as eNASCAR and iRacing.