Narube: This is not the time to raid FNPF 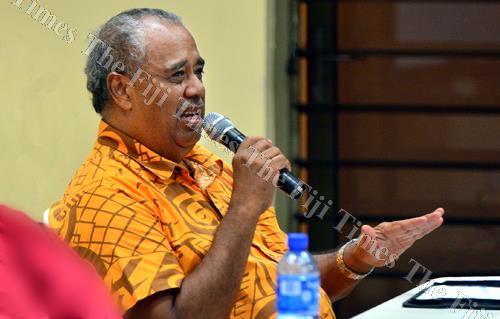 THIS is not the time for people to raid their retirement fund, says economist Savenaca Narube.

Mr Narube made the comments in response to the COVID-19 Response Budget delivered in Parliament on Thursday.

The former Reserve Bank of Fiji governor has also expressed disappointment with the choice of some of the measures announced by Government in the budget, saying that instead of reducing wastages such as cutting travel allowances, restricting vehicle leasing, and removing ineffective programs, Economy Minister Aiyaz Sayed-Khaiyum told those who have suffered from the COVID-19 pandemic “to pay from their own pocket”.

“This is most unfortunate,” Mr Narube said. “FNPF monies are the hard-earned savings of workers, set aside for a specific time in their lives when they will retire.

“This is a global crisis. This is a time for Government to step up and show that it cares. It seems to me that most direct monetary assistance by Government is given to those that are tested positive. This is right. But how many of these will it be?

“For the thousands of families that are affected, they are told to use their own money. This is not right.”

Mr Narube said it also appeared that many measures were aimed at stimulating the economy with tax holidays, purchase of fixed assets, stamp duties and write-offs. And while these were important, he said the pressing priorities right now were saving lives and providing relief to the affected families.