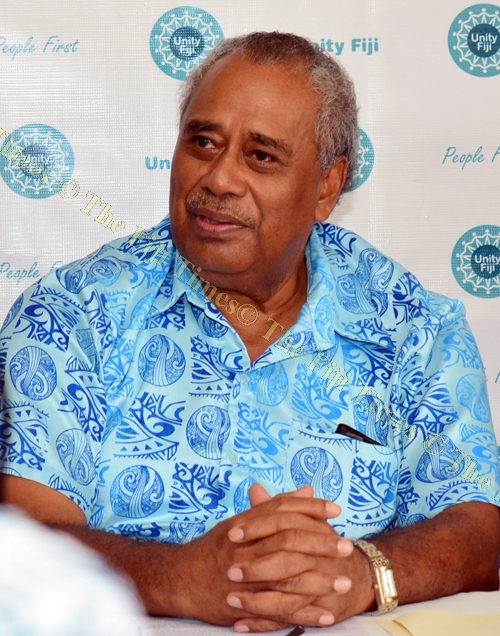 Mr Narube claimed the incident sadly reflected the increasing lawlessness that the country had endured for many years.

He said he was shocked by the violent nature of the incident where an innocent family faced grave danger of injury and even loss of lives.

“I am told that six men with safety boots and balaclava, armed with knives and crowbars, forcefully entered Mr Satish Kumar’s residence in Colo-i-Suva in the early hours of Thursday night and attacked his father-in-law first before they turned on him,” Mr Narube said.

“Mr Kumar fought with the intruders for 30 minutes. He suffered serious injuries to the head by a crowbar (while) trying to protect his family. Mercifully, his wife and children were not harmed. The police arrived one hour after the call for help was made. If they had arrived earlier, the thugs would have been caught,” Mr Narube claimed.

“We have noted the many police vehicles that have been bought recently. Two police posts are within five minutes drive to Mr Kumar’s residence.”

He called on the police to fully investigate the poor response to the emergency call as it could have led to a loss of life of a father and breadwinner of the family.

“All right-thinking people must condemn these attacks and demand answers,” he said.

“I thank the police for the quick arrest of two suspected criminals and I urge them to quickly find the rest and, very importantly, successfully bring them to justice. I ask anyone with information that may help their investigation to please come forward. The sooner these thugs are put behind bars, the safer our communities would be.”

Police spokeswoman Ana Naisoro confirmed they had received a report being lodged regarding the case and two people had been arrested.