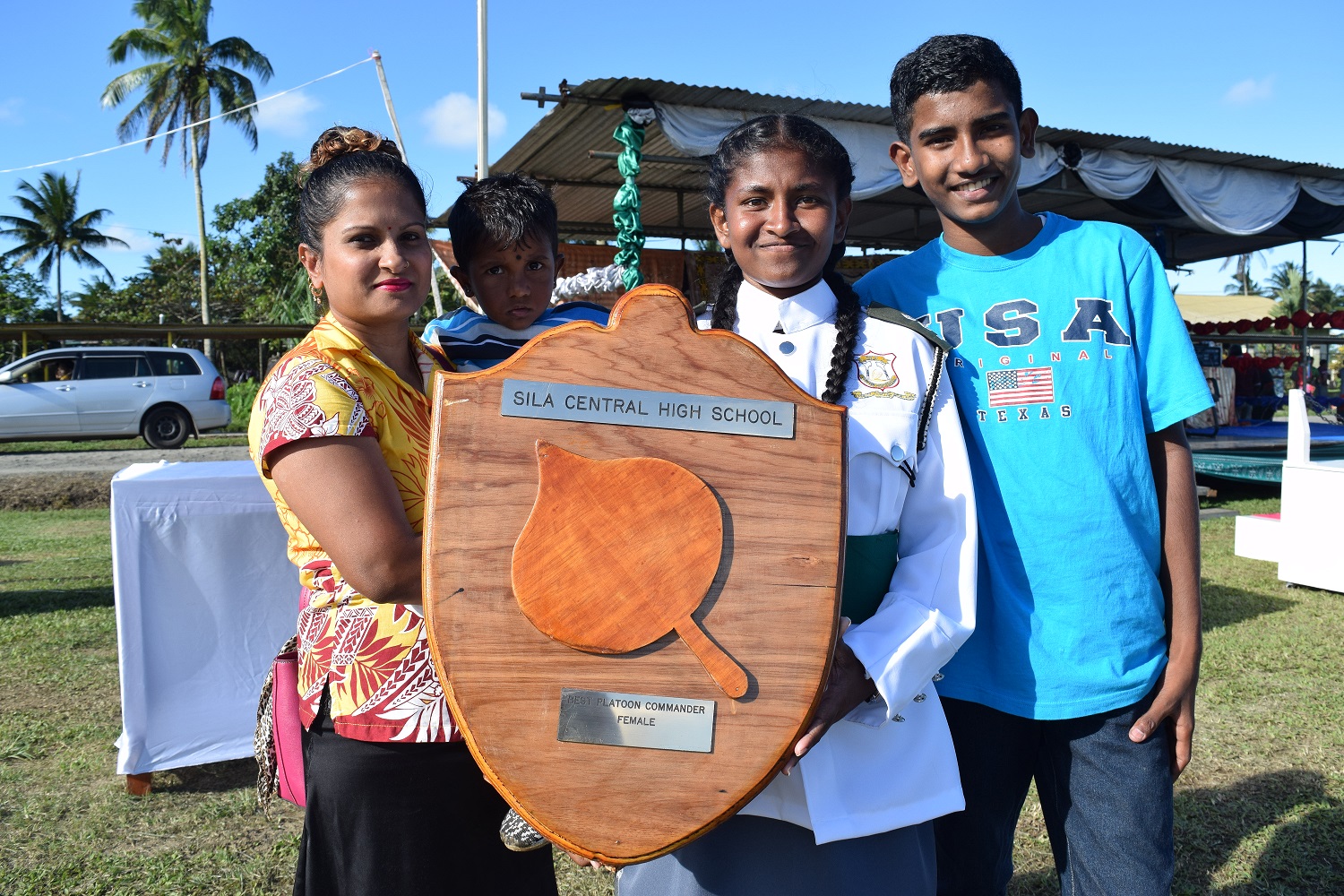 A FIJIAN girl of Indian descent braved humidity, led a platoon and made her parents very proud during the Sila Central High School cadet passing-out parade in Nausori last Friday.

Indirani Narayan of Navakai, Nadi also received the Best Female Platoon Commander award after marching effortlessly in the presence of hundreds of people.

“I was proud of myself because I have that ego and I’m thankful for those who have voted for me,” she said.

“I have always wanted to be a military officer and I took the opportunity to better myself.”

The Year 12 student was thankful for the disciplinary values taught by the instructors.

“I love the punishments that we used to get that moulded us to be better.”

Her advice to students is that they can always do better than her if they have the passion.

Her mother, Saileshni Narayan, said their daughter has made them proud.

“I knew that she would receive such an award because her hard work were visible both at home and school,” she said.

“She is very dedicated and committed to the responsibilities and duties delegated to her,” Ms Kumar said.