Namosimalua: Convenient for MP to remain in Suva to attend parliament business 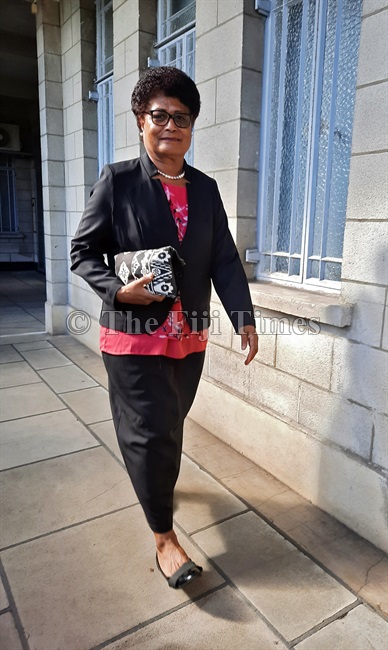 Former acting secretary-general to Parliament Viniana Namosimalua says there were times when it was more convenient for Opposition MP Salote Radrodro to remain in Suva because of parliament business.

She said this when the trial of the Social Democratic Liberal Party MP by the Fiji Independent Commission Against Corruption (FICAC) was called in the Anti-Corruption Division of the High Court in Suva yesterday.

Defence lawyer Simione Valenitabua pointed out that Mrs Radrodro was living at Namulomulo Village in Bua before her letter stating she had relocated there as of June 9, 2019.

Mobile phone records from a number registered to Mrs Radrodro, shown to Ms Namosimalua, showed she made numerous calls that went through the Uluivuya base station in Bua, including a call to Parliament on June 9 to say that she had relocated.

Ms Namosimalua agreed with Mr Valenitabua that Mrs Radrodro’s work required she leave her station in Bua to attend to Parliamentary business in Suva.

Mr Valenitabua pointed out that in January 2020, three weeks of the month were filled by standing committee meetings.

He asked Ms Namosimalua whether an MP coming from an outer station was allowed to remain in Suva to attend to their Parliament activities rather than travelling back and forth.

She said it would be the most convenient thing to do and agreed it saved parliamentary funds but it was entirely up to the MP.

Ms Namosimalua said she made allowances for MPs to stay back in Suva for family, church and vanua commitments, provided they explained their extended stay in a letter, otherwise they had to return to their stations.