Namesake father and son on either side of the draw 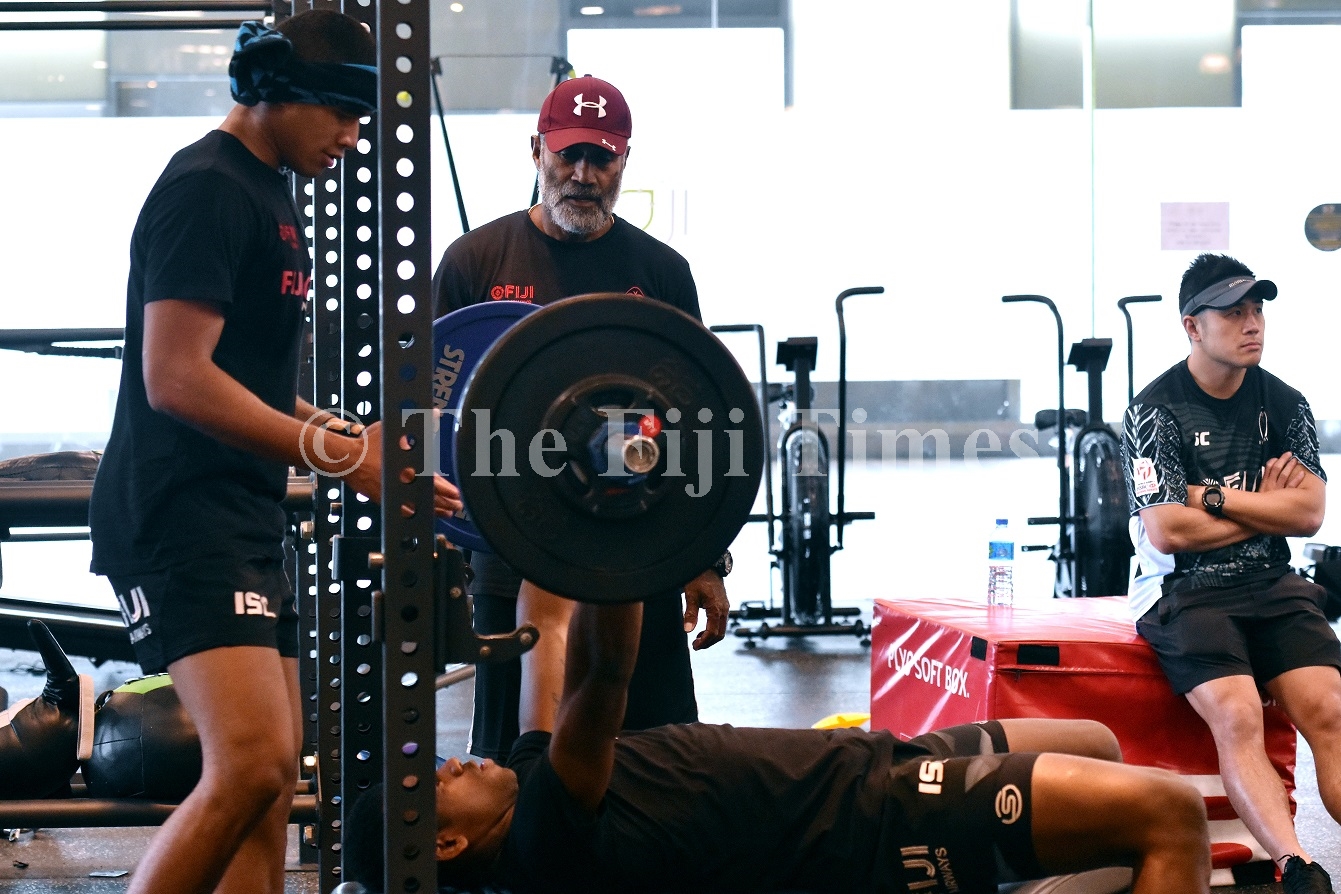 Tomasi Cama Snr, with cap, work with the Fiji Airways Fiji sevens players during their work out session at the Qoji gym in Hong Kong. Picture-JONACANI LALAKOBAU

FORMER Fiji 7s star Tomasi Cama has been roped in by the Fiji 7s team to assist the team on their campaign to be the first team to win five in a row in Hong Kong.

Cama, who recently was coaching 7s rugby in China, joined the Gareth Baber-coached side as they embarked on their mission.

His inclusion fires up the rivalry between New Zealand and Fiji where it all started since 1978, the Hong Kong 7s.

He assists Baber and his namesake son is New Zealand’s assistant coach.

Yesterday Cama Sr joined the team during a gym session at the Qoji Gym in Hong Kong.

Word from Rugby House is that the former Hong Kong 7s winner will be used as mentor for the team, especially with the number of young players in the side now.

His inclusion will surely be an asset to the coaching staff as he has vast experience and knowledge in 7s rugby and especially playing in Hong Kong where he has won the title on a number of occasions.

This is not the first time Cama is helping the Fiji 7s team as he had previously assisted the Fiji team when they played in Hong Kong.

Fiji’s first game is against Kenya on Friday night. Fiji is pooled with Kenya, Australia and New Zealand.