Nalaubu on a trial journey 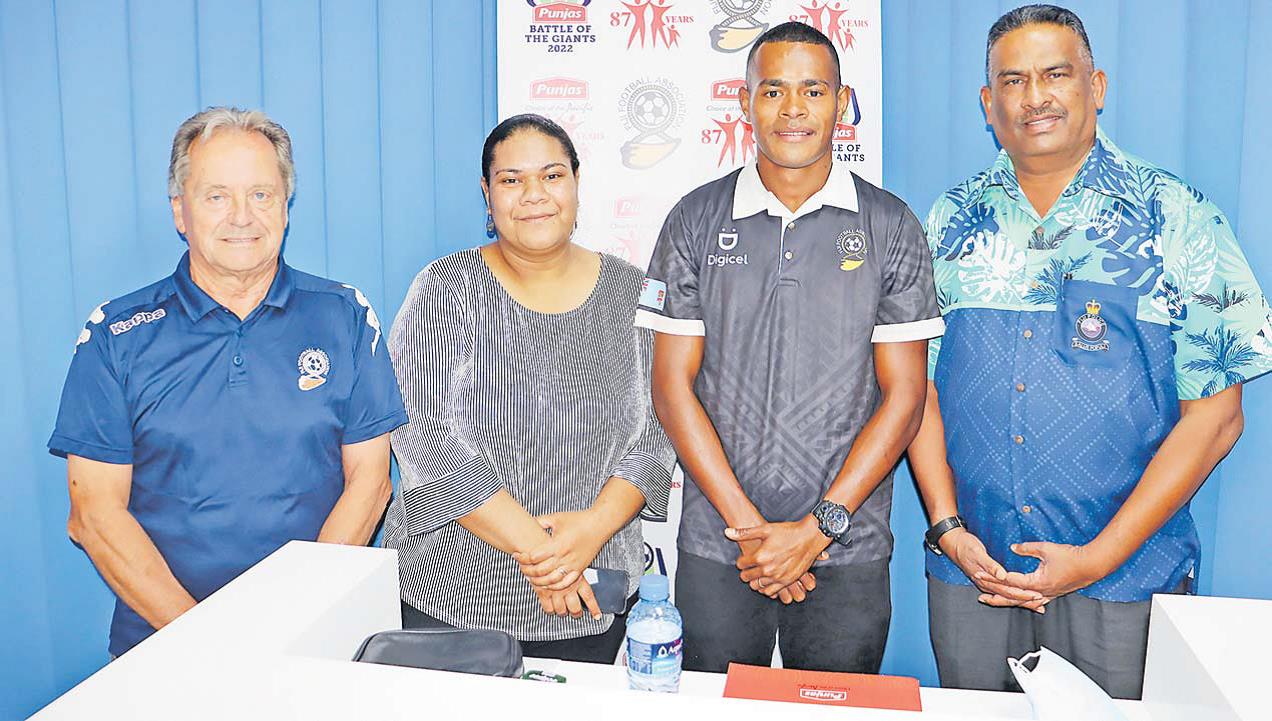 FK Pardubice is a Czech football club located in the city of Pardubice.

It currently plays in the Czech First League.

Based on performances in European competitions over the past five years, the league is ranked 17th in the UEFA league rankings for the 2021–22 season.

The announcement was made during the 2022 Punjas Battle of the Giants pool draws in Lautoka by the Deputy Commissioner of Police Itendra Nair last Thursday.

Nair praised and acknowledged the lanky marksman for his impressive performance in the Fiji Police Force and on the football pitch.

“We are very proud as an organisation today – Fiji Police Force – that one of our footballers has been recognised. And there’s the potential to be able to break it free and break it through onto the global platform of something we are very proud of that,” Nair said.

“That’s the biggest thing that we take away. If Constable Sairusi goes out there and does well on that particular platform, I’m pretty sure he’ll be marketing and advertising our country. And the boys and girls who are following soccer and those who are seated here who might not be here. I know that certainly Sairusi and Roy Krishna are great motivators in that regard.

“On behalf of police commissioner and entire Fiji Police Force, I would like to wish him all the best in his journey.”

Speaking to Fiji FA Media, Nalaubu said he was excited and proud to be called in for the trials by the club.

“I am really excited and looking forward for the three months stay in Czech Republic,” said Nalaubu.

“I know this is a lifetime achievement which has made me think so many times to take over the challenge.”

The former Suva striker said he would do his best in the trials.

“I know it is not going to be easy but I will do my best to secure a spot in the club. I just need everyone’s support and blessings.”

His wife Kathleen said it was a proud moment for the family.

“First of all, I would like to thank the man above for His guidance and strength for our family and my husband. It’s a blessing indeed,” said Kathleen.

Kathleen says she understands it will not be an easy journey but her support and prayers are with him.

“I know of the struggles Sairusi has been through as he plays three roles at a time and that is a father, a football player, and a police officer.

“Me as a wife, I’m so proud and we also have a daughter and we know this is for our family so we will be rooting for him, praying for him to get that contract.”

Meanwhile, Fiji Football Association chief executive Mohammed Yusuf said while Nalaubu would be on leave without pay, Fiji FA will look after his family.