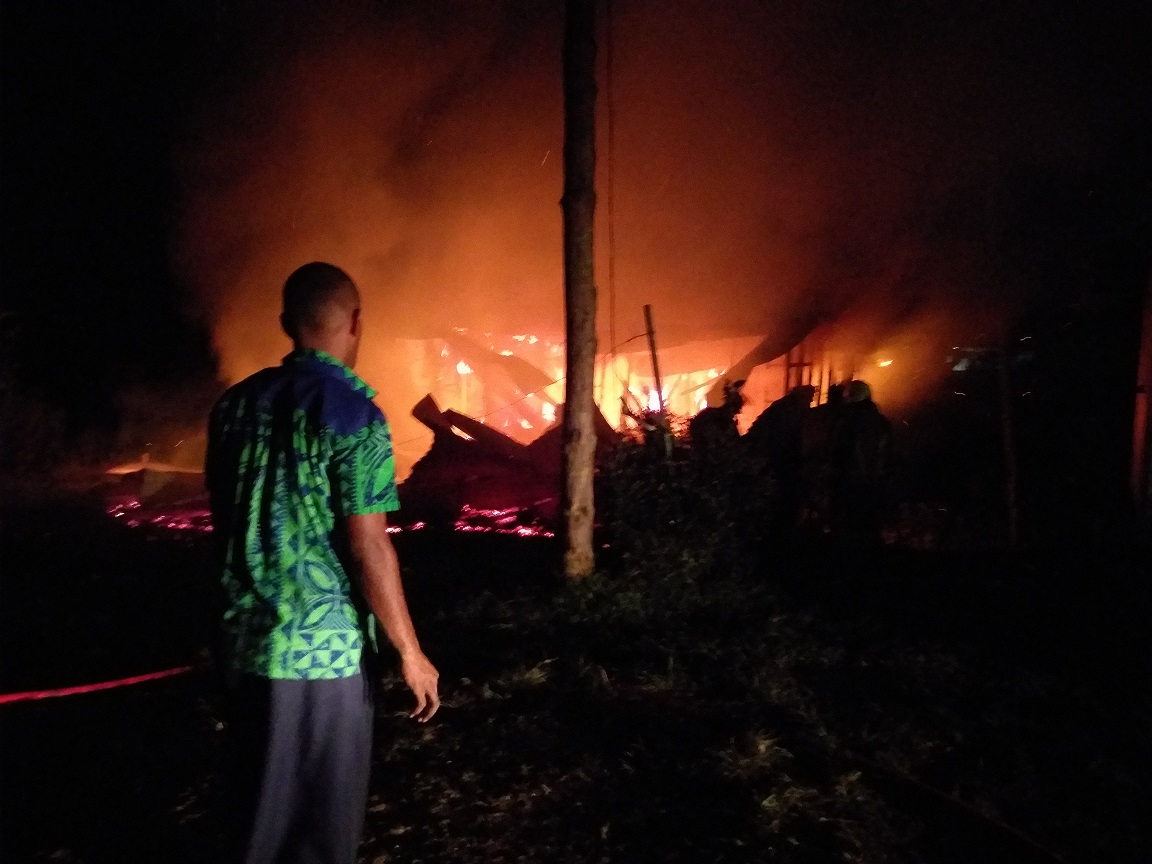 A bystander looks on as the fire ravages the home of a family in Nakasi last night. Picture: MATILDA SIMMONS

RESIDENTS  of Naulu, in Nakasi received a rude awakening last night after a house caught fire in their neighbourhood.

Neighbours who wished not to be named said they heard what sounded like firecrackers coming from the house behind them and before they knew it, they saw the house go up in flames.

The owners of the burning home were away at the time.

Two fire trucks had to be deployed to quell the flames, including the rescue of an elderly man who lived next door to the burning home.

The Fiji Times is now pursuing official reports from the NFA and Police.