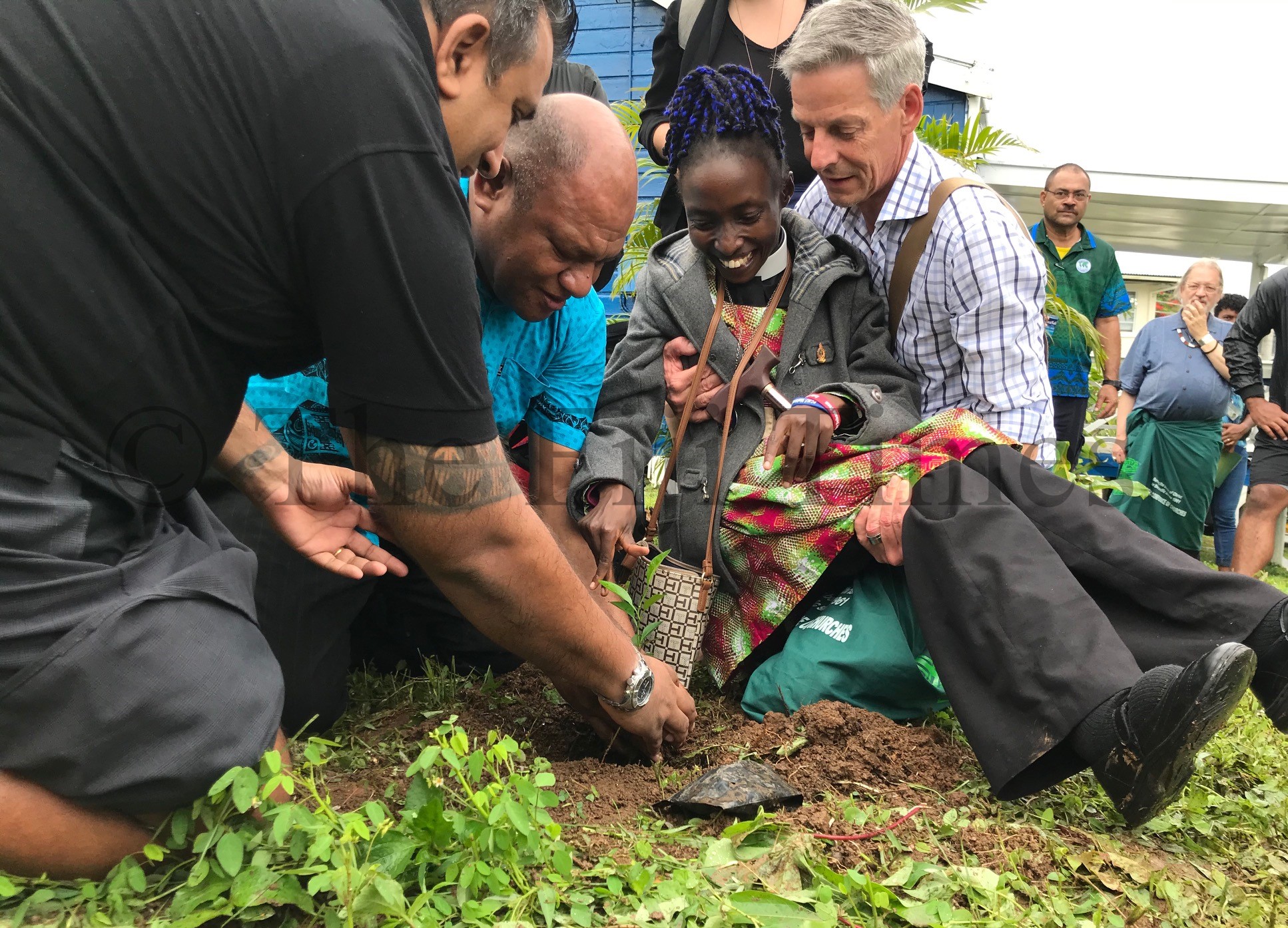 Minster for Forestry Osea Naiqamu is joined by the General Secretary of the Pacific Conference of Churches James Bhagwan (left) with Reverend Dawn Gikandi and Professor Dr Fernando Enss during a tree planting exercise on Saturday, January 18, 2020. Picture: JOVESA NAISUA

Speaking at the tree planting exercise with the Pacific Conference of Churches (PCC), he said more powerful storms and floods threatened every continent.

“On shrinking islands and shorelines, families are already being forced to flee their homes as climate refugees,” Mr Naiqamu said.

“The security and stability of our nation is in jeopardy and the time we have to control this phenomenon is quickly running out.”

Mr Naiqamu said the ministry recognised that faith-based organisations could yield significant influence in the lives of our people.