Nainendra Nand – a man of principle 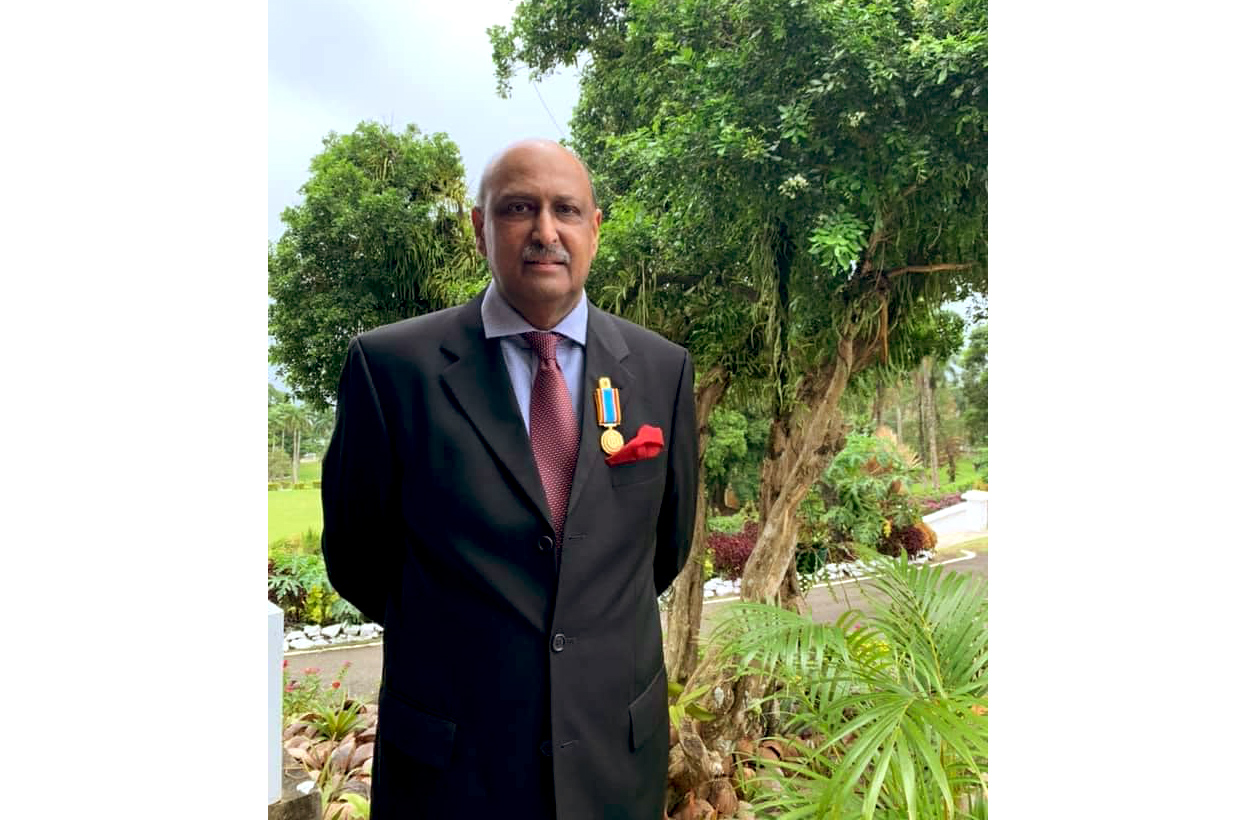 THE death has occurred in Suva of Nainendra Nand, one of Fiji’s most senior lawyers.

News of his passing was greeted with shock and sadness by his many colleagues and friends in the legal profession.

Mr Nand was educated in the United Kingdom.

He was later called to the Bar at Lincoln’s Inn, founded in 1422, one of the four Inns of Court in London, to which barristers of England and Wales belong.

He started work as a legal officer in the Crown Law Office in Suva following a brief stint with the firm G.P. Lala and Associates.

He and I were colleagues in that office, he joining in 1982, and I, a year later.

The son of school teachers who had migrated to the United Kingdom, he had an air of authority and discipline which mirrored his strict upbringing.

His no nonsense attitude was a product of his background.

Mr Nand quickly developed a reputation for being a good and meticulous researcher.

Early in his legal career he showed great promise as a barrister and was soon taking on major cases in the High Court representing the state.

He was to become a confident and competent barrister who won the respect of the bench and the Bar.

That confidence was occasionally perceived as pomposity by some colleagues.

Combined with a sharp tongue and a ready wit, he was sometimes mistaken for being arrogant.

But deep down he was down to earth and unassuming.

As a senior government lawyer he was responsible for grooming fresh off the plane law graduates who had won government scholarships to study law overseas.

He took to this role like a duck to water, his “school masterly” manner often the butt of good natured jokes.

A career public servant, Mr Nand had a distinguished record in government service, rising through the ranks in the chambers of the Attorney-General.

In 1997, he was promoted to be Solicitor-General, a position he held until December 2006 when a military coup shattered his 23- year legal career in government.

Two days after the military seized power on the December 5, 2006, Mr Nand was dismissed from office for refusing to cooperate with the military junta.

If he was disappointed by his shabby treatment, he showed his mettle by accepting his fate and moved on. He was not one to indulge in self-pity.

But he was devastated by the forcible undermining of the rule of law by yet another coup and despaired about the path that the country has taken.

Mr Nand was the natural successor to the likes of Qoriniasi Bale, John Flower, and Filimone Jitoko who preceded him as Solicitor-General.

As Solicitor-General, he was the chief executive officer for the offices of the Attorney-General, the Fiji Law Reform Commission and the Legal Aid Commission.

He served on numerous government boards and committees including the Hotel and Guest Houses Licensing Board, the IKA Corporation, the Fiji Broadcasting Corporation, and the Maritime and Ports Authority of Fiji.

He was easily in the ranks of the country’s best public and administrative law specialists, his expertise in judicial review cases being widely acknowledged.

His former boss and colleague Filimone Jitoko was generous in his praise of his successor.

“Nainendra was quick to impress me with his discipline and decisive determination of any issues he was asked to provide legal opinions on and importantly, always provided on time in the six years we worked together.

“He was to succeed me as the Solicitor-General a few years later, a much deserved reward for a model public servant imbued with industry and faithfulness.

“He was never afraid to offer unfavourable and contrary views to prevailing and popular interpretations of the law.”

Reminiscing about him, former Chief Justice Daniel Fatiaki said: “He was thoughtful and deliberative, not one to rush to conclusions and recognised his own limitations.

He was always careful with his advice and his work was almost always correct in his assessments of the law and the strength of his cases.” Former High Court judge and colleague Gwen Phillips, who worked under Mr Nand, remembered him fondly.

“There was not a corrupt bone in his body!

That was the thing about Mr Nand – we trusted him.

“No hidden agendas? It was rare at the time and in our country,” she said.

While his appearance of haughtiness could sometimes irritate colleagues, they respected and admired Mr Nand’s integrity, diligence and intellect. He was a stickler for punctuality and orderliness.

This was reflected in his dress and demeanour – suave, well cut suits and ties with matching pocket squares.

Following his dismissal from government in 2006, Mr Nand took up an appointment at USP, initially lecturing in commercial law and eventually being promoted to head of the law school.

Scores of young lawyers will remember his gentle chiding in the courses he taught.

Mr Nand played a critical role in the development of the Professional Legal Training programs (PLT) at the USP law school, and in June 2021 was appointed the director of the program.

Over the past six years he was responsible for strengthening practical legal training in the Solomon Islands, Samoa and Vanuatu.

A USP colleague Nancy Tikoisuva said: “The most significant characteristic I found in him was his generosity, his knowledge, love of a good red wine and a healthy debate on topical issues.

He was also very approachable despite his stern look, once he laughs or smiles or in good company, he is on a roll with his banter.”

A young lawyer Joeli Naivalu, who was one of his students said, “He was just full of knowledge and knew how to transcend that across all races and ages.”

He was the co-author of a legal text, Judicial Review Applications in Fiji, and has published widely in various journals.

A fanatical supporter of English football, Mr Nand loved nothing better in his spare time than his regular grog session with his close friends, many of whom were lawyers.

In those sessions he would regale them with his many stories drawn from his long experience in the law and the people he had encountered.

On the serious side, he was ready to offer a considered opinion on recently decided cases that had come before the courts.

Had he chosen to side with those who had removed the elected government, Mr Nand could have handpicked any legal job in government he wished, but being a man of principle, he was resolute in his opposition to the 2006 coup, indeed all of Fiji’s coups d’état.

Mr Nand would wish to be remembered as a lawyer who stood up for the rule of law, and paid the ultimate price for doing so.

He belonged to a diminishing generation of Fiji lawyers for whom the love of the law and justice transcends fame, power and material wealth.

He is survived by his wife Vineeta (nee Maharaj), sister Yvonne, and mother Suriya who lives in London.