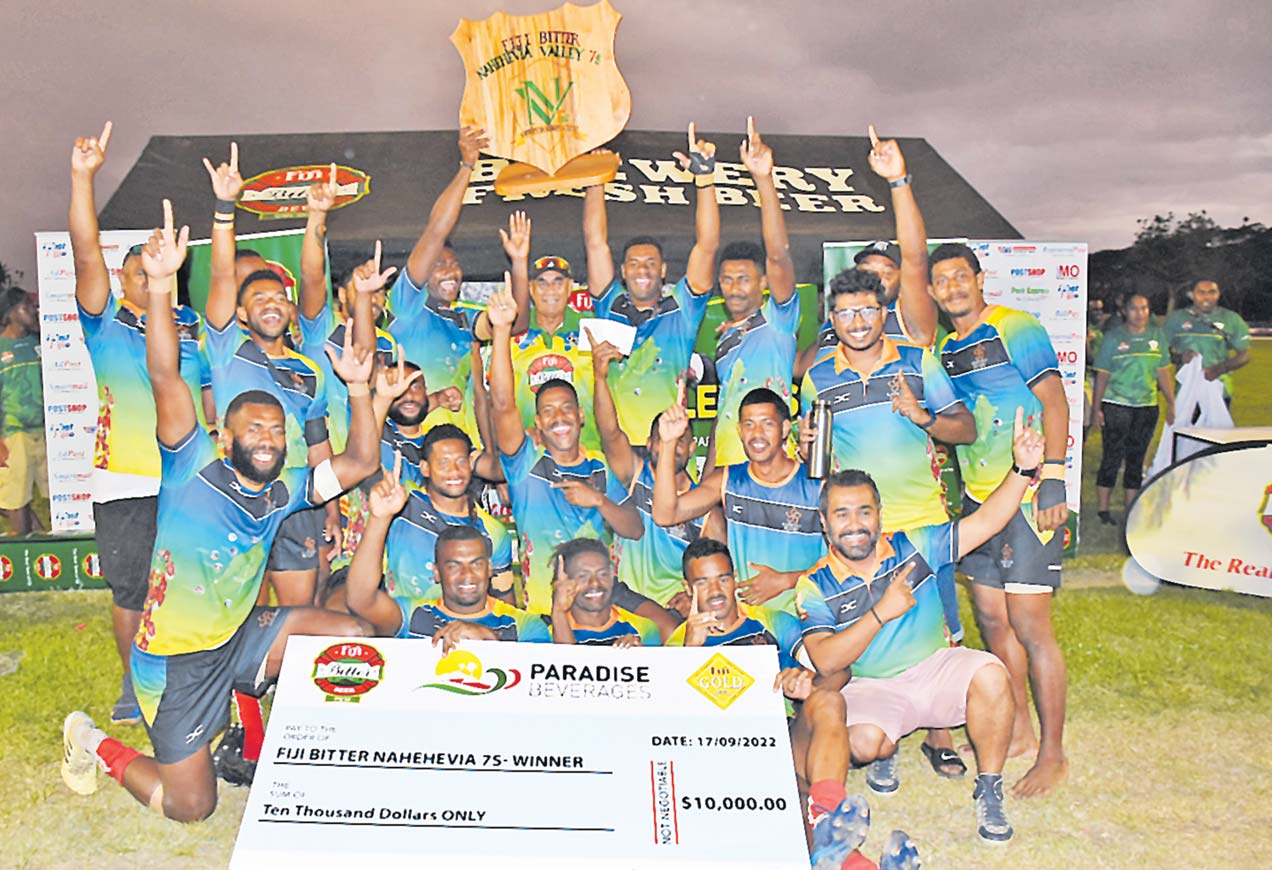 It was a determined effort from the Raiwasa Taveuni side to lift the main title after going down in the finals of the past two sevens tournaments.

Raiwasa Taveuni coach/manager Seba Vulakoro said they managed to work on their mistakes from last week.

He said they took Police White for granted because they had a group of unknown qualities in their team.

“We did not perform to the expectation last week and Police White came out strong and defeated us,” Vulakoro said.

“The loss really brought us back to earth and we trained very hard this week. We are now looking forward to the two tournaments coming up back in Taveuni and also the Yasawa 7s which are all sponsored by Fiji Bitter.”

Paradise Beverages general manager sales and corporate affairs Joseph Rodan complimented all the teams for participating in the three-day event.

He said the teams showed a different class during the final day of action.

“We will sponsor the Yasawa 7s in Nadi. That will be followed by two tournaments in Taveuni. There will be a tournament in Kadavu also.

“We are proud to help in the development of grassroots rugby.”

Dominion Brothers won the men’s under-21 title after defeating DXC Westfield Babas 12-7 in the final.