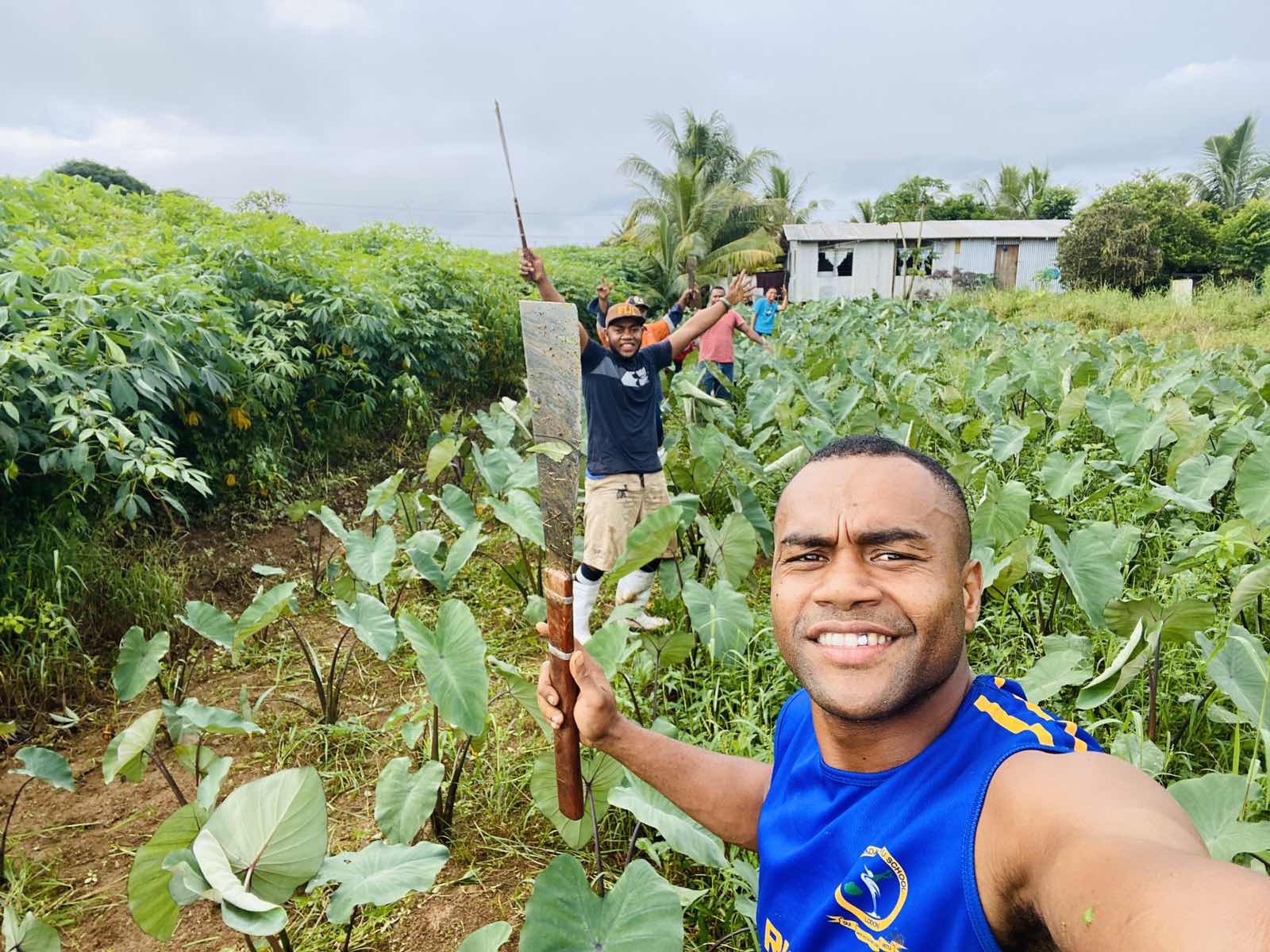 FIJI 7s team winger Alasio Naduva is known to be one of the best finishes in the HSBC World Sevens Series and one of the reasons he was dubbed the ‘Nitro’ was how he improvised his own resources to train and be the best in the Series.

The Naweni, Cakaudrove speedster continued to make use his of surroundings through farming, his own made gym equipment’s and his backyard i nTacirua as a training facility during this crisis.

“During these tough times I improvise my training through farming with my uncle and cousins in the morning and middays before I do my gym sessions.

“I filled up cement on the paint cans and use them as my gym equipment’s for weights and also a piece of block to practice my switch passes and instead of the proper gym equipment’s, I improvise using what is around me to maintain my fitness,” said Naduva.

The 29 year old has captured the attention of many spectators, fans, coaches, rugby analysts and the World Sevens Series commentators have named him the Fijian ‘nitro’ or ‘flash’.

Naduva made his debut in the 2017-18 HSBC World Sevens Series and has quickly established himself as one of the fastest players, hitting a topspeed of 36 km per hour suggesting that he is one of the world’s fastest rugby players and he helped the national team win their fourth Series in the 2018/2019 season.

The Army officer has been following his training program since they’ve cancelled all sports gatherings and national team training and remains focused on his goal to the next tournament.