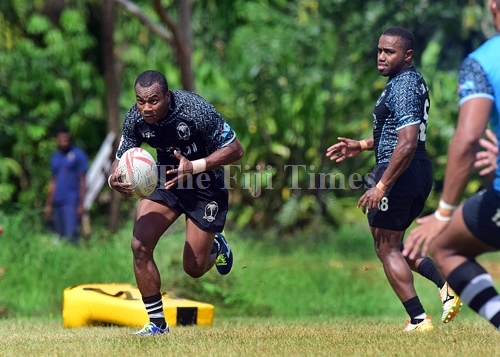 Speedster Alasio Naduva has made the Fiji Airways Fijian 7s 13-member traveling squad to the Dubai and Cape Town tournaments.

According to a statement by the Fiji Rugby Union, Naduva forced his way into the extended squad after good performances in a few local tournaments.

He is expected to bring in experience and provide speed on the wing.

Gollings said it was always good to have experienced players back in the fold and Naduva had proven himself during training sessions hence he had secured himself a spot in the team.

“Naduva brings in pace and he has been doing well in training.

He is there to provide backup in those positions with pace,” said Gollings.

Gollings has retained his core players who have been competing at the top level since last year. In forwards, Paula Nayacakalou has made the cut once again while Josevani Soro has missed selections for the next two tournaments.

Iowane Teba has been rested as he is still recovering from an injury.

Iowane Raturaciri has been included in the backs and is expected to add more fire power and assist players such as captain Wasiea Nacuqu and Filipo Bukayaro.

“Going into these two tournaments, we want to build on the performance from the Hong Kong 7s and we would like to push for that number one slot before end of the year.

“I think it’s important we keep pushing for finals and win finals and build on our performances” said Gollings.