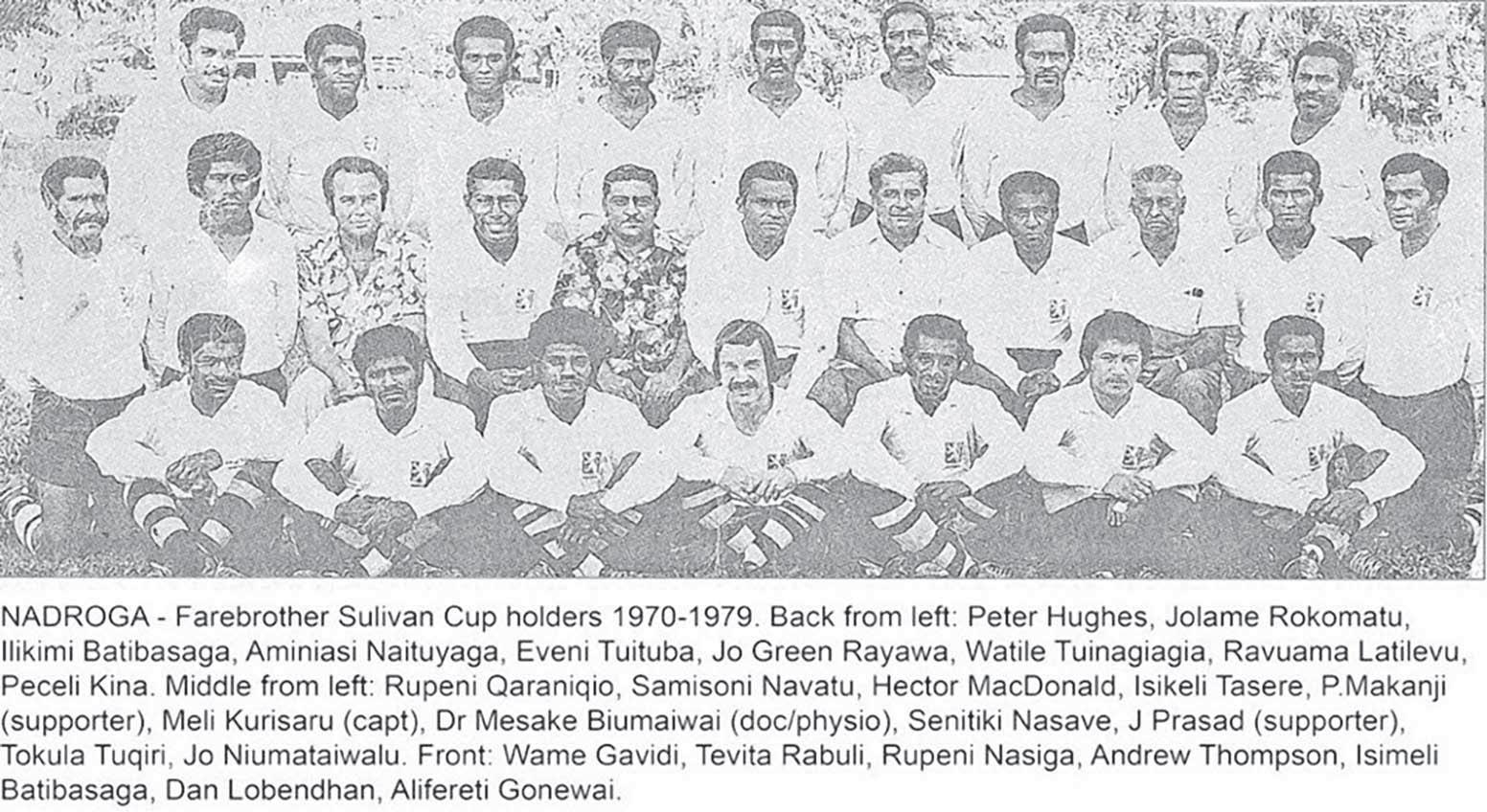 For nine consecutive years from 1970-1978, Nadroga rugby team were dubbed as the undisputed in local provincial rugby competitions having to defend the prestigious Farebrother trophy for nearly a decade.

Recalling the days they ruled the provincial rugby championships nine years ago, former Nadroga captain Peceli Kina said their secret to a successful nine years in a row defending the Farebrother trophy was simple discipline.

“I believe all the credit goes to our coach the late Adriu Nadredre, because of how he instilled discipline in us made us what we were capable of back in the days.

“If we arrived into the field for training five minutes late we were to expect the full wrath of our coach not only in the field but also off the field too because he believed that discipline would only take us a long way anywhere in life,” said Kina.

They triumphed everywhere they played and defending the Farebrother was more than just a game of rugby to them.

In 1975 Rupeni Nahiga joined the team and being a ball boy for the past three years for the Stallions had automatically transformed him to join the pack in 1975 with no doubts but lift the team’s momentum to another level.

“I started as a ball boy and a water boy for the team since 1971 before I joined the junior team back then and four years later I was called in to be part of the big boys. “One thing I experienced defending the trophy for Nadroga were the words of encouragement we heard in training and before we stepped into the field.

“It can be the coach or chiefs from various districts and villages in the province motivating us before the game and one common sentiment we always heard was “fight until there’s nothing left in you”.

“It’s better to be carried unconscious off the field and win the match rather than losing on our home ground. These words have always boosted us before the match and again at the half-time break.

“That is why Nadroga has always been a feared opponent in the 70s and I’m proud to be part of the legacy,” said Nahiga. Nadroga dominated the local rugby arena for nine years until they were beaten by Lautoka in 1979.

However their legacy carried on in the 80s as they defeated the Flying Fijians in an invitational match beating the national team 12-6 led by the captain and coach the late Meli Kurisaru.

In 1983 Nadroga lost to the All Blacks 14-6 in a match that was dubbed as one of the toughest match New Zealand has ever encountered on a Fijian turf.

Meanwhile the Waqe Osi Association will meet next week on Saturday at Sigatoka village to continue their visitation for former players before they support their fellow brothers at Lawaqa Park when Suva meets the Stallions on a double-header meet at 3pm.