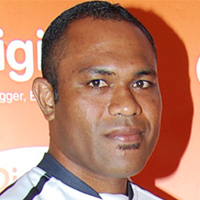 After three months of restrictions in contact sports, the Nadroga rugby team is reinforcing plans for a good provincial rugby season.

Union president Tiko Matawalu said they had planned an exciting season and would try to pick up momentum to substitute the lost time because of the COVID-19 pandemic.

“Our campaign for the 2020 season had a very good off-season program which included the New Zealand Tour in February,” Matawalu said.

“We have now received the official FRU rugby calendar for 2020 where the Skipper Cup and the Farebrother Trophy competitions are played as a double-header match on July 25 against Suva at Lawaqa Park.”

Suva being the Skipper Cup holder from last year and BLK Nadroga as Farebrother Trophy champion, will be a cliffhanger knowing what the two teams will bring into this match.

“Suva is laced with many talented players and majority of them came through our system because they secured work in the Capital City.

“We are always aware of each other’s capability when it comes to preparing for such a match.

“This is an uphill battle for us with minimal time and a lot of work to be done in this first two to three weeks of preparation.”

The effects of Cyclone Harold on Nadro fans in Vatulele and the Coral Coast had resulted in some rugby fans losing their jobs.

Meanwhile, the Stallions’ additional challenge is securing continuous support from sponsors who have also been affected by the pandemic.