Nadroga starts IDC with a win over Navua 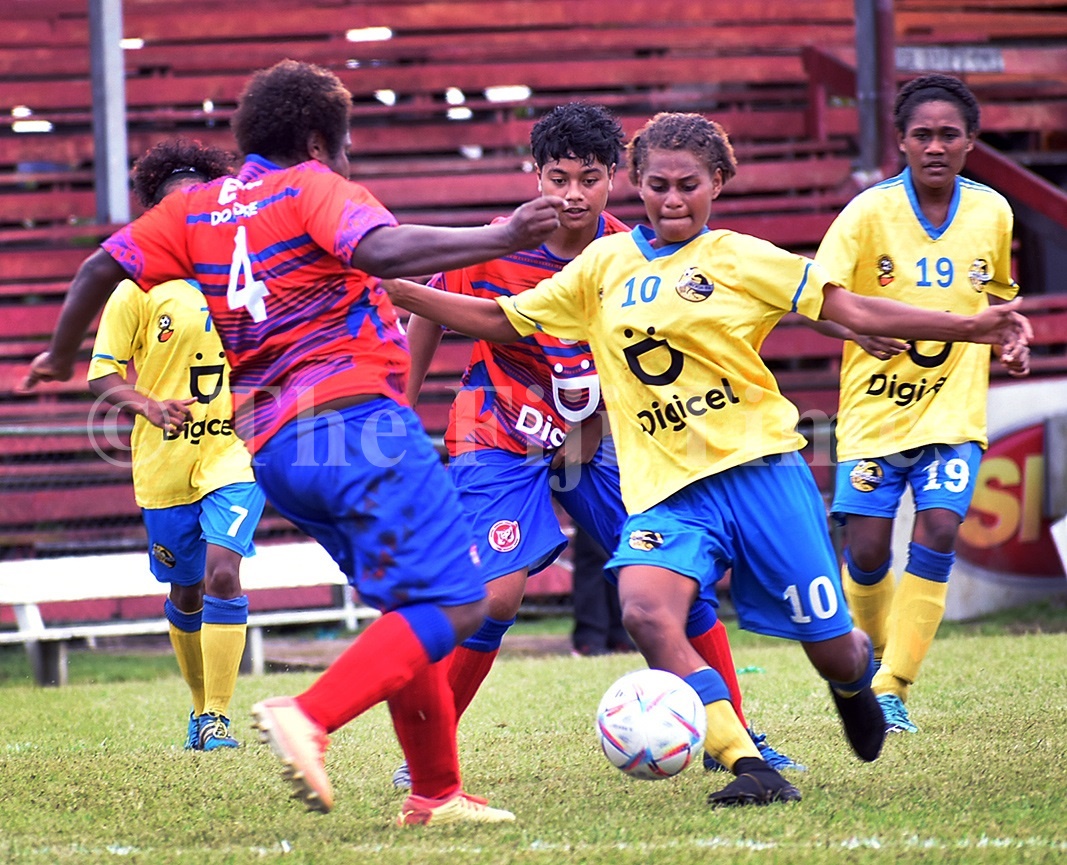 Nadroga's Mereoni Tige dribbles the ball against Navua in the Womens IDC Soccer at the Ratu Cakobau park in Nausori. Picture: ATU RASEA

The Nadroga women’s football team started on a high note when it defeated Navua 2-nil in day one of the Women’s Inter-District-Championship at Ratu Cakobau Park in Nausori yesterday.

Navua players, debutants to this year’s competition, was tested to their limits in the first half but managed to hold their fort against a strong Nadroga side.

Team coach Garfil Costar said they came to this year’s competition with a very young side and he was impressed with how they performed in their first game.

“Claiming a win in our first match was our aim as we came prepared for the competition. I wanted the girls to win their first game so they would be confident as they move further into the fixtures,” he said.

Costar has been the Nadroga women’s head coach for the past five years and features a very young squad to this year’s annual IDC.

“Majority of the girls are in the Nadroga under-19 side and we got only a handful of veteran players. Since most of these girls have been playing together since the under-16 grade, I was able to see good chemistry and understanding between the players.”

Nadroga scored its first goal five minutes into the second-half through Elenoa Tuvoutua as they camped in the Navua half majority of the second spell. Nadroga stroke again 10 minutes later through Mereoni Tiqe giving them the two point lead.

“We weren’t performing as we expected in the first half, there were alot of missed opportunities. I think the heat ftook a toll on the girls performance.”

Navua managed to broke the Nadroga defence in the last 10 minutes but did not manage to put points on the board.

Meanwhile, Naitasiri Women’s managed to win their first game against the newly promoted Nadi side in the competition opener.

Nadroga will play Labasa today at 9.30am while Navua plays Rewa at 1.30pm