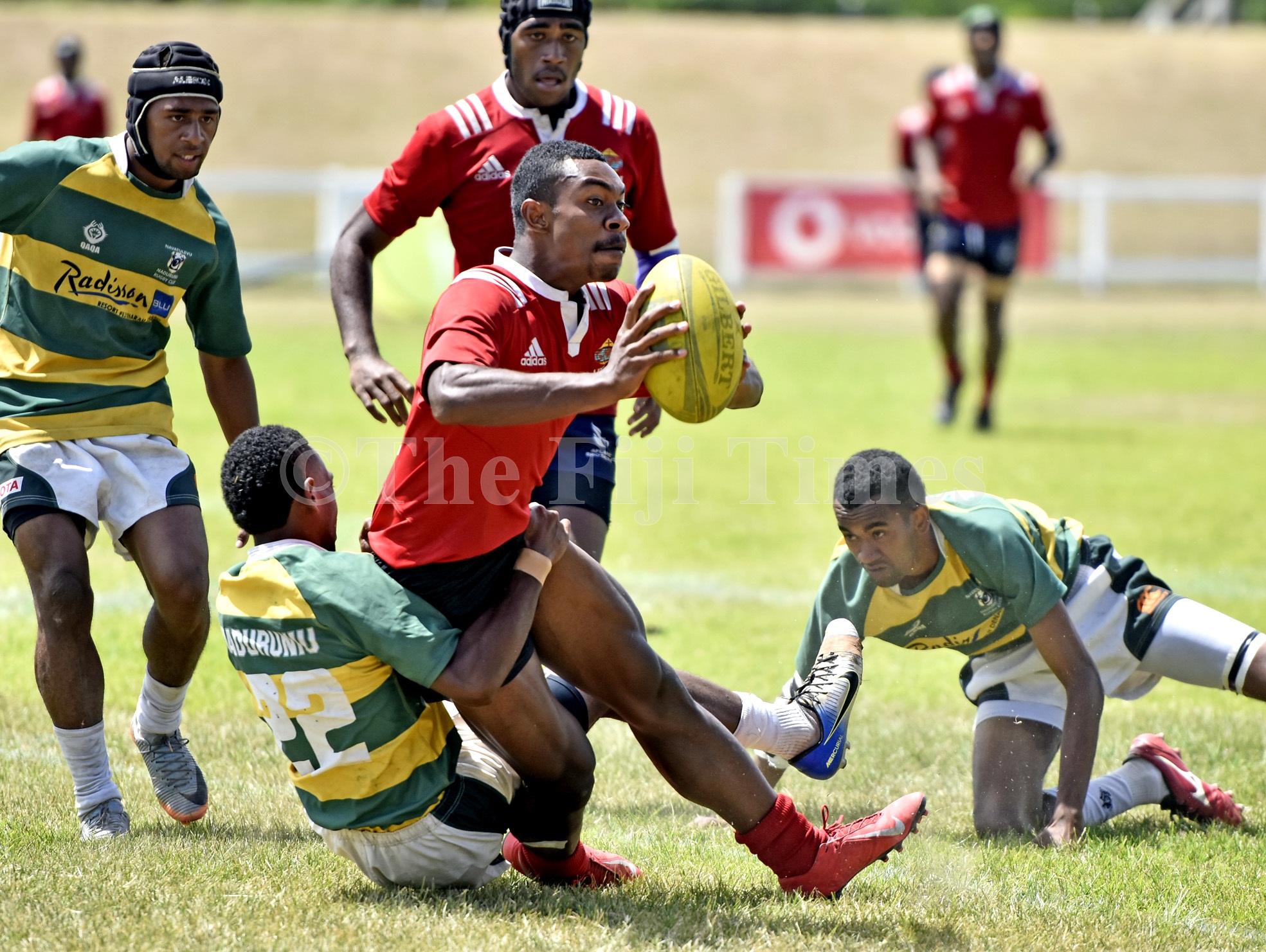 Nemani Mudreilagi of PSM Aflame Brother looks for support against Radisson Maduriniu during the elimination of under 19 play during the Nadroga Rugby 7's tournament at Lawaqa Park this year. Picture: RAMA

THE Nadroga Rugby Union will kickstart its Super Rugby franchise tomorrow at Lawaqa Park in Sigatoka as their off-season program began last week during the Nadroga 7s tournament.

Union president Tiko Matawalu revealed the draws of the super rugby competition for the under-20 and senior teams as a pathway to the players who were keen to don the Nadroga jersey.

“We have merged two competitions namely Na Kalevu Shield and Super Rugby Trophy in one championship where we use the first six rounds to determine the top eight teams that will play double header for the Kalevu Shield,” Matawalu said.

“This is an opportunity for players to have a chance to impress the selectors and be part of the Nadroga team in the under 19 grade and the senior team and all interested players need to register to one of the teams that will be participating in the competition,” Matawalu said.

Vusu Brumbies is the present holder of the Kalevu Shield Vusu who won it from Conua Chiefs early this year and retained it after seven successful defences until the close of season.

The winner for 2019 Super Rugby Trophy was Raviravi Sunwolves who are also confident of defending their title for the 2019-2020 season.

All 14 franchise teams will be fighting tooth and nail for the top eight spots in the first six rounds which run through the festive season of Christmas and New Year.