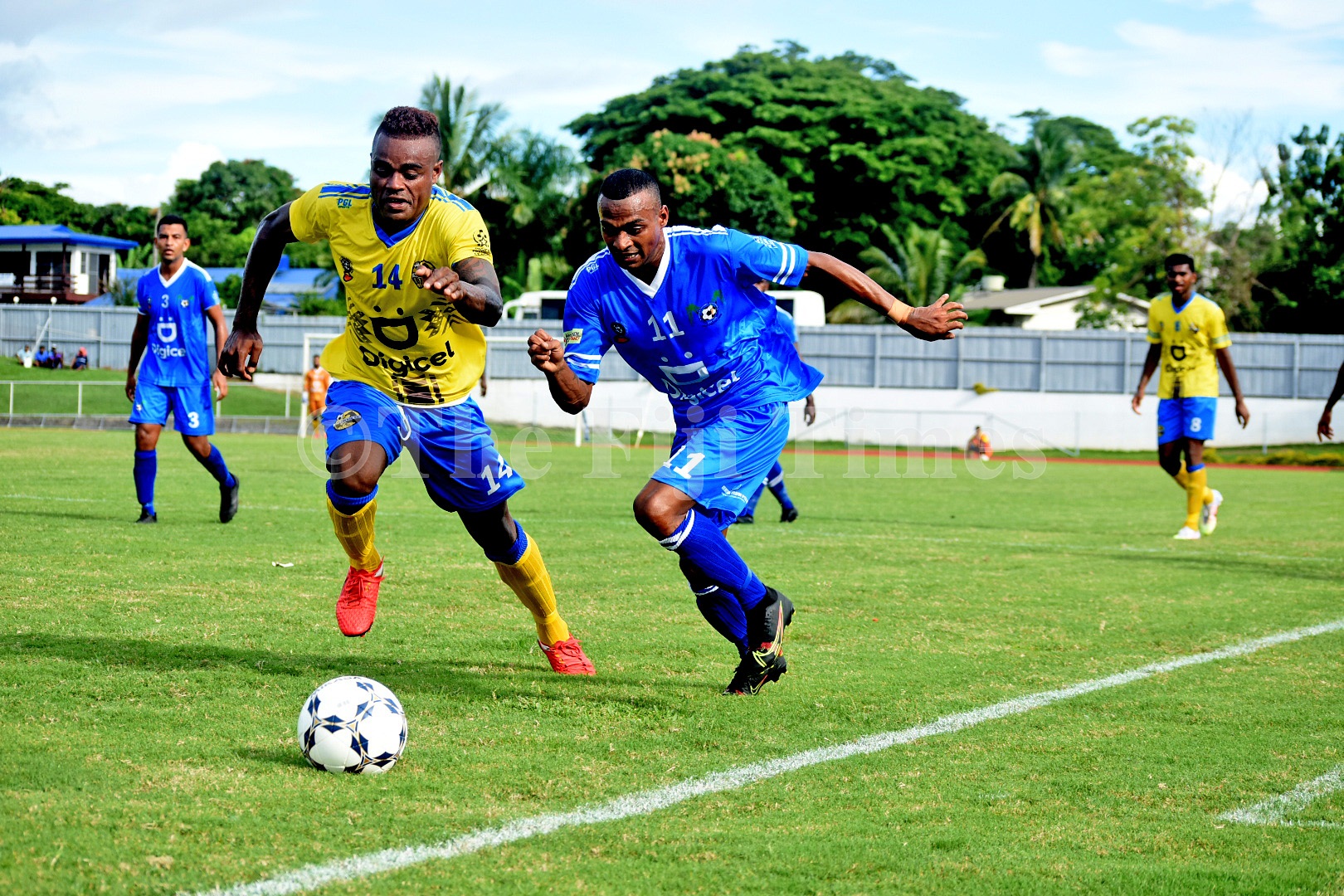 Kamal Swamy said preparations for the Nadroga football team was beginning to take shape in anticipation of a titanic battle against an in-form Navua XI when the two sides face-off against each other in a Digicel Premier League fixture on Sunday at the Uprising Beach Resort sports complex.

The newly appointed head coach of Nadroga FC said it was early days for him to usher in changes within a short timeframe. “I was appointed a week ago,” the former Ba coach said.

“It can’t happen in a day or overnight because I need to work with the team.

“There are so many things that the players need to understand which I have to rectify and correct.

“Nadroga has been known to play an unorthodox pattern of football and I am sticking to their current style of play for the time being.

“I will implement a new style of play as we forge ahead because modern day football is different; it’s about possession football.”

Swamy said valuable lessons were learnt from the recent friendly encounter against the Delta Tigers at Lawaqa Park in Sigatoka.

“We played one friendly match against a second-string Rewa side last week and although we won 3-2, it didn’t reflect on the true strength of the team.

“The result doesn’t make any difference however there were plenty loopholes uncovered in the team and I am working on rectifying those weaknesses.

“We are slowly getting there and I am emphasising to the boys about the need to play good football.

“The team has to concentrate on playing possession-based football to further penetrate the opposition defence and score goals.” The Korovuto College head of PEMAC shared his thoughts about their opponents.

“It will be the first match in the DPL for both teams after six months and I hope my boys are able to adjust easily to the playing turf at Uprising Sports Centre.

“We’re bracing for a tough battle. “Navua is a good team and gauging from Nadroga’s performances so far we can say that our opponent is rated higher than us at the moment.

“Navua as the hosts will come out firing; it’s a good team however we’re travelling to Navua and will try our best to return with maximum points.

“The DPL resumes after a six-month long wait when the sport was abruptly halted because of the emergence of a second wave of COVID-19.