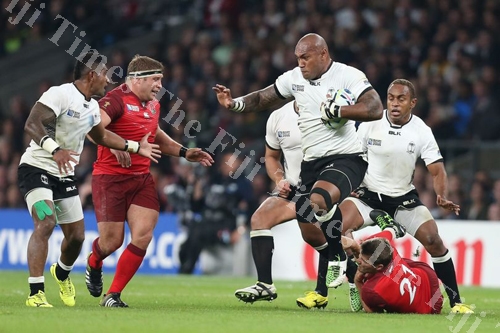 FLYING FIJIANS back line utility and former Crusaders Super Rugby danger man Nemani Nadolo says “now is the time for a Super Rugby franchise in the islands”. The giant winger and outside centre who is playing club rugby in Montpellier, France, made the comment after news of moves to establish a Super Rugby team made up of Pacific Islanders was revealed earlier this week.

While writing for RugbyPass, an online global media rugby channel, Nadolo of Namatakula, Nadroga, said the move was good for the region.

“The Pacific Islands have been crying out for a Super Rugby franchise for ages and it feels as if we might finally be moving in a positive direction,” he wrote.

News came out on Tuesday that the New Zealand government and New Zealand Rugby had conducted a feasibility study to look at the possibility of an islanders team to be based in Suva.

“With the South African teams looking to leave Super Rugby and align themselves with Europe, this seems to have put more emphasis on having a franchise in the islands.

Questions will need to be asked about NZR’s involvement and what they want to gain from the move. “Who is going to run the team?

At the Crusaders, everything was so professional, with everyone singing from the same hymn sheet and there would need to be a similar set-up in any prospective islands team.

“One such guideline would be that any player representing the franchise must be eligible to represent their respective nation, whether that be Fiji, Samoa or Tonga.

There is no point going to the trouble of putting a team together if it’s not going to help develop players for those three nations.

“You would want the team to be the pathway to bring through the future stars of Fijian, Samoan and Tongan rugby, but it would also be a desirable destination for islanders currently playing in Europe.”

He said combining Samoa, Tonga and Fiji rugby styles would be a threat to oppositions.

“There will be teething troubles, but if you can get past that, the benefits would be immense.

In Fiji, kids learn not to get tackled at all costs, whilst in Samoa they grow up learning to take the heads off their opponents.

We all play differently as nations and this would be an opportunity to learn from one another and become better teams as a result.

“The skill and speed of Fijian rugby meeting with the power and strength of Samoan and Tongan would be an exciting mix.”

He said renowned coaches such as Wayne Smith, Robbie Deans or Stuart Lancaster could help the proposal materialise.

Meanwhile, Nadolo is expected in the country in the coming weeks with some overseas-based players for the Fiji Airways Flying Fijians preparation for the June Test Series.