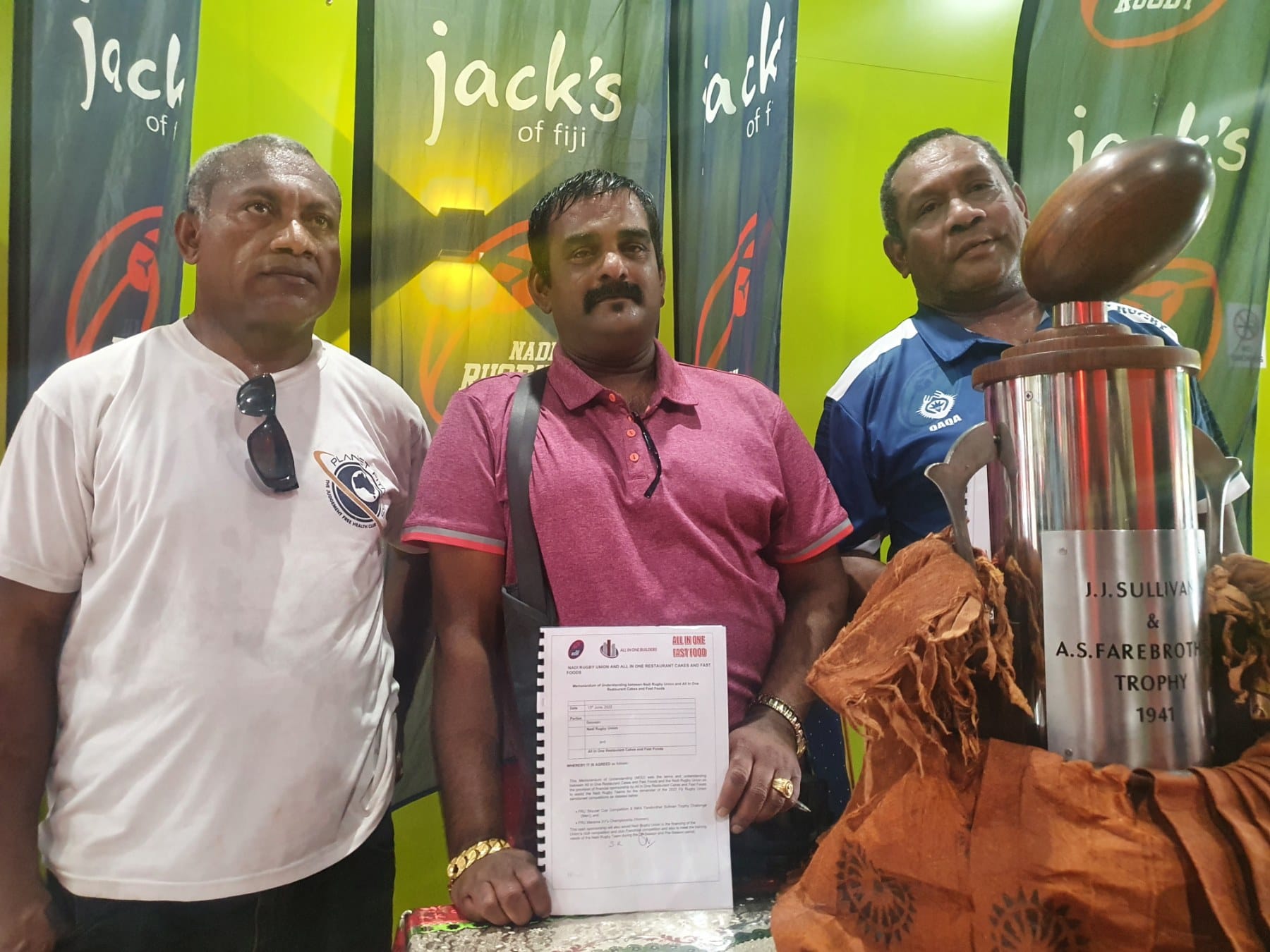 The Nadi Rugby Union has received a major boost with All In One Builders coming onboard to sponsor the team for the rest of the 2022 season. Picture: JACK'S NADI RUGBY

The Nadi Rugby Union has received a major boost with All In One Builders coming onboard to sponsor the team for the rest of the 2022 season.

As part of the total $100,000 sponsorship, the Jack’s of Fiji Nadi team will receive $10,000 for every game in the Skipper Cup and Farebrother Trophy defence preparation.

NRU president Mataiasi Nabau said money would also be set aside to upgrade their team officials, club managers and coaches.

Nabau said $15,000 would be used for the club and franchise competitions.

“The boys will receive allowances for every match they play for Nadi. This sponsorship came after the Farebrother win against Naitasiri,” he said.

“For club and franchise competitions $15,000 has been set aside. The club competition is already running and it will end after the Skipper Cup competition.

“After that we will start with the franchise competition. We will also set aside funds to get our match officials World Rugby accreditation. Those who hold level one accreditation will be upgraded to level two and so on.

“We will also hold clinics for our club coaches and managers. This way we will develop and upgrade our human resources.”

Nabau said they were grateful to Sulendra Raju of All In One Builders for joining their sponsorship vuvale.

“This is the kind of sponsorship that every union is looking for,” he said. “We are no longer in the amateur era. Gone are the days of the $2000 to $5000 sponsorships. Running a union is not an easy affair. Taking five teams week in week out for the competitions is a very expensive affair. We can’t rely on the grants given by the Fiji Rugby Union.

“With the Fijian Drua now participating in the Super Rugby Pacific competition, rugby is now professional in the country. We need bigger sponsorship to help develop rugby.

“Sulendra is a humble person who used to live in Nawaka and migrated overseas but has returned to give back to the community. Many of the unions have sponsorship which is worth peanuts. “We are calling out to the business houses to help the unions more so rugby can develop here. The pathway to the Fijian Drua is through the Skipper Cup competition.”