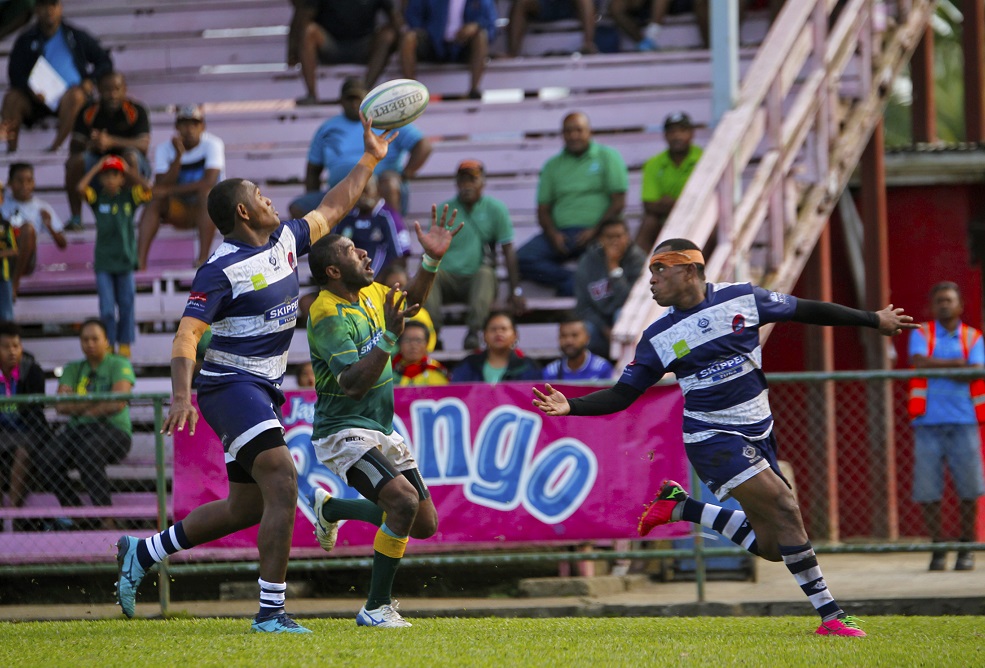 KICKING possession away was the main downfall for the Tailevu rugby team as they narrowly went down to Nadi 27-24 in the fourth round of the Skipper Cup competition at Ratu Cakobau Park in Nausori yesterday.

Tailevu led in the first half 20-13. Nadi took an early 3-0 lead when fly half Sela Toga kicked a penalty five minutes into the first half.

But Tailevu came back strongly with lock William Qalo scoring a try and the conversion from Lepani Seduadua saw the lead change hands as the hosts went in front 7-3.

But the lead was short-lived after Nadi centre Joseva Naivalu scored a try which was not converted and Nadi took the lead 8-7.

Tailevu openside flanker Pio Ralagi scored their second try and Seduadua’s conversion was successful and Tailevu took the lead again 14-8 Nadi managed to up the tempo and were able to score two tries, one of which was converted by Toga which saw them run away to 20-14.

In the second half, the Jetsetters came back firing but unfortunately a few mistakes led to Tailevu being awarded a penalty try which saw take the lead again 21-20.

Tailevu managed to convert another penalty which saw them extend their lead to 24-20.

But indiscipline from the hosts saw them giving away possession which the visitors took advantage of and turned it to score a try to Epeli Saukuru which was converted by Toga and saw them in the lead 27-24 at the final whistle.

Nadi coach Ponijese Lutuciri said the team came here for a purpose and that was to win a bonus point and they successfully achieved their target.

“Despite the boys’ performance they kept fighting back,” he said.

“We can’t afford to give away the ball, some of the things we did on the field like miss tackle should be minimised.

“We can’t afford to give away points.” Nadi will take on Rewa in their next game.