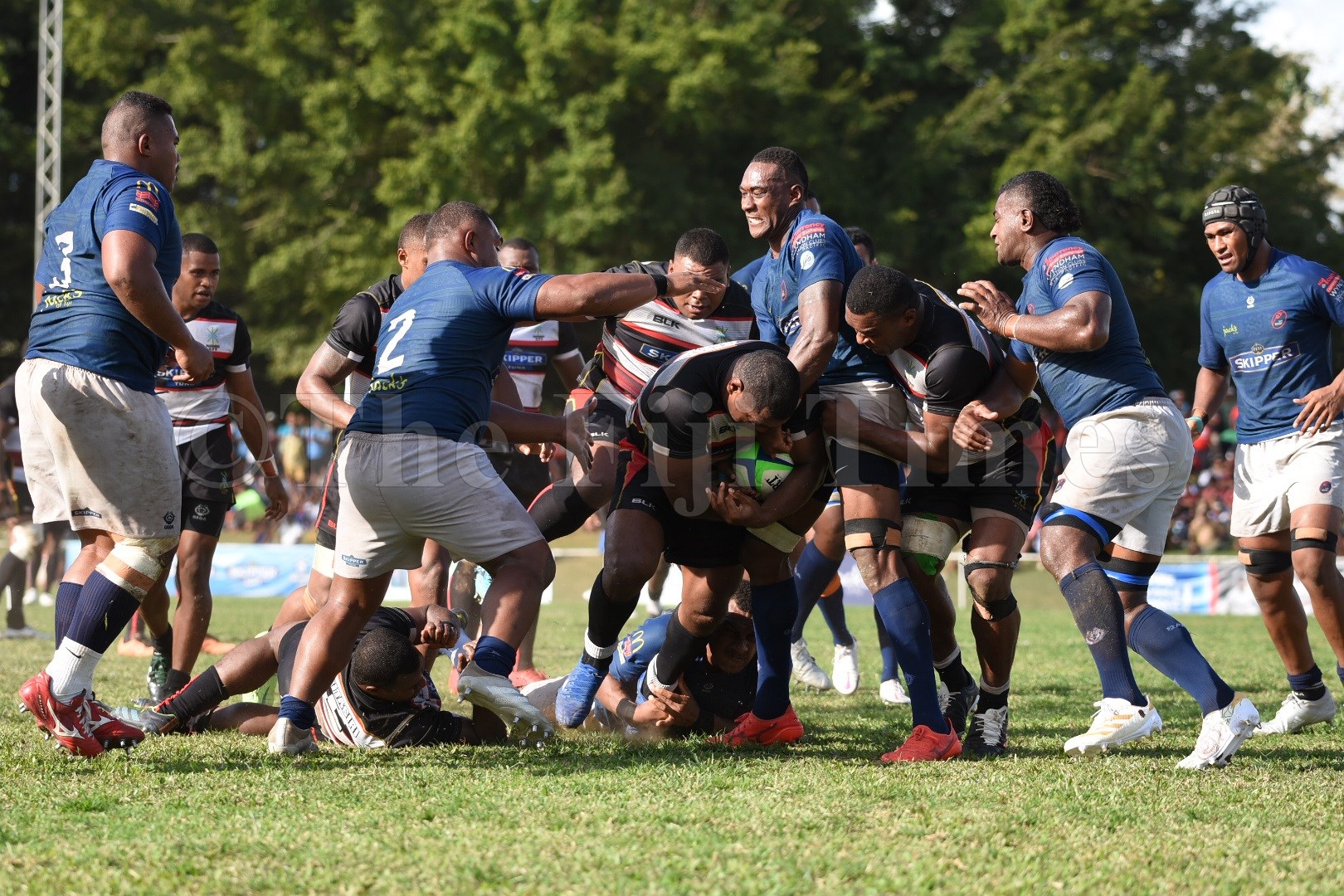 The westerners edged Naitasiri 16-14 with a last gasp victory at Prince Charles Park yesterday. Down 11-14 with only a few moments remaining on the clock, captain Sivaniolo Lumulume forced his way over the Naitasiri tryline to claim victory.

It was a joyous occasion for Nadi fans which last tasted victory in the competition in 2008.

Jaoji Koroitamana got Nadi on the scoreboard with an early penalty in the second minute.- Naitasiri’s Etonia Rokotuisawa levelled at the other end with his successful penalty.

Fly-half Tunidau Rafaele put the hosts in front in the 14th minute with his try.

The conversion from Rafaele failed. Rokotuisuva succeeded with his second penalty in the 23rd minute to bridge the gap to five points at half-time to make it 8-6 in Nadi’s favour.

With the backing of home support, Nadi pushed up into attack and were rewarded with Lumelume’s decisive try following a forward rush.

Nadi assistant coach Cohen Politini said it was a great fairytale ending to their 2022 season.-

He said it was a long season playing matches with limited resources. “I want to say that there were a lot of developments this year,” Politini said.

“We turned the team around and built a good combination. It was a tough game playing on home soil.”

Naitasiri coach Ilaitia Tuisese said it was hard luck for his boys saying the match went down to the wire. “I think we did not start well,” he said.

“We did not build on the phases. It took us almost half-an-hour to start playing. We were just defending before that. We did not take our chances. There are a lot of learnings from the match and then you move on. There is always a second time. This is the second final that we have fell short in. We will go back to the drawing board.”

In the Skipper Cup under-19 final, Nadi edged Suva 19-18, while in the development final, Namosi defeated Naitasiri 22-15.