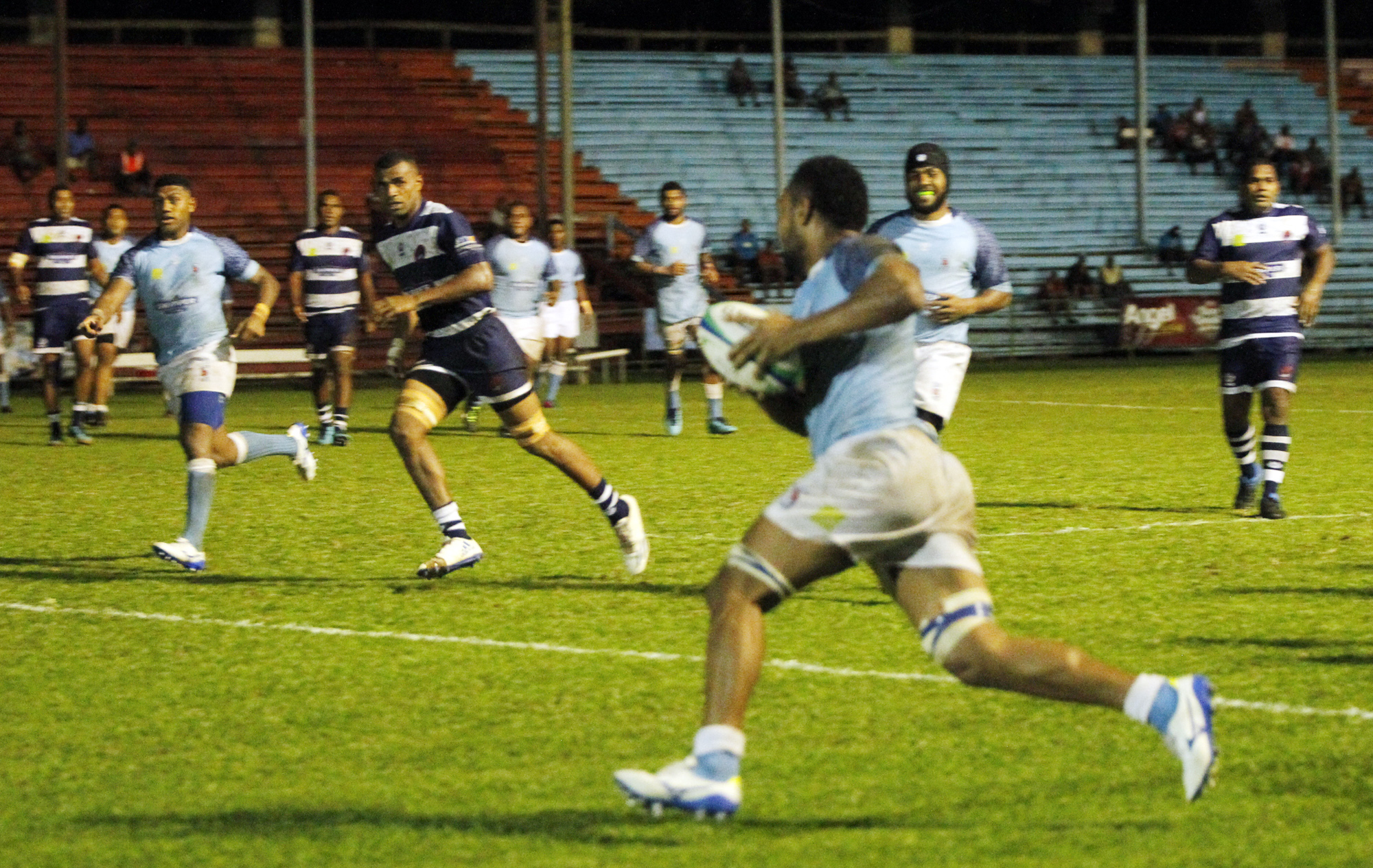 Vilikesa Sewale the Suva flanker goes in for a try against Nadi in the Skipper Cup Challenge at the Ratu Cakobau park. Picture: ATU RASEA/FILE

THE Jack’s of Fiji-sponsored Nadi side has nothing to lose in the Skipper Cup semi-final against Suva at Ratu Cakobau Park in Nausori this afternoon.

Nadi has qualified for the semi-final of the provincial championship after a lapse of four years.

With a host of young players and majority of who play in the local club competition, Nadi managed to finish fourth in the Skipper Cup competition this year.

“We have done reforms within our administration and are in the development mode with rugby,” he said.

“The team did not reach the semi-finals in the last few years but we have made it this time. Rugby is in our blood and we believe in our young boys. We are ready for Suva and will give it our best shot.”

Nadi went down to Suva 33-19 in the final round of matches in the Skipper Cup competition last week. Tuilakeba said they had put last week’s loss behind them.

He said they had a lot of respect for Suva which is laced with Fijian Latui and Fiji Warriors players.

“But we are not going into the semi-final just to make up the numbers,” Tuilakeba said.

“The boys will go in hard and give their 100 per cent. Whatever the result we have nothing to lose. Last week’s result is history and the union is requesting the Nadi fans to get behind our young brigade.

“We thank our major sponsor Jack’s of Fiji with McDonalds, Selva Tours, Tourist Transport of Fiji, Wyndham Resort, Radisson Blu Resort and Capricorn Hotel for supporting us to get this far in the competition.”

The match will kick off at 3pm.