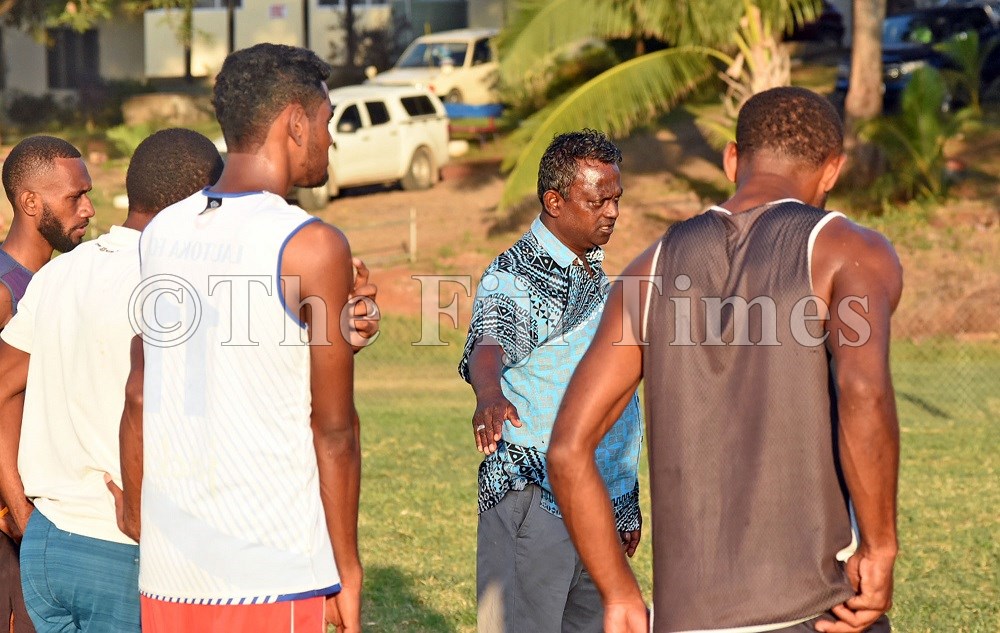 Nadi football coach Kamal Swamy says his side is keeping a low profile and going in as underdogs ahead of their Punjas Battle of the Giants semi-final clash against Suva today.

Swamy made the comments on the eve of the knockout stage clash, as the team trained at the Korovuto College football grounds yesterday.

“We have prepared well and keeping a low profile ahead of the match and we will also try to do our best in order to advance further into the tournament.”

Swamy said, top strikers Rusiate Matarerega and Napolioni Qakevakatini were still recovering from injuries and he would decide today whether they make it to the match day squad or not.

“We hope that our two top player’s recovers in time and they will included in the team to play against Suva, if they recover in time.”

Captain Avinesh Suwamy said, the morale was high and the team had been preparing well in every aspect.

“The morale of the players is good and we are mentally and physically preparing for the game tommorow.”

He urged the Nadi fans to come out in numbers to support the team.

“To all the fans, please come out in numbers and support the team as we will put our best performance to reach the finals on Sunday.”