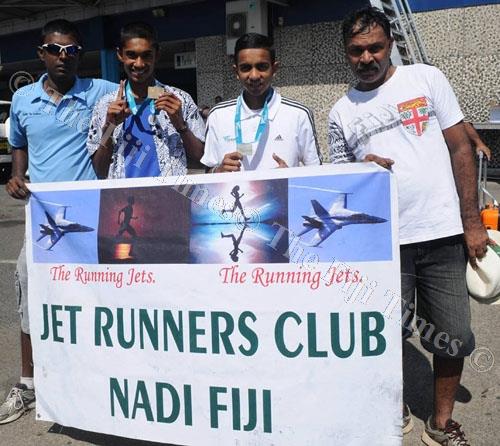 THE Jet Runners Club of Nadi will re-schedule its 2020 events after the sporting ban is lifted by government with a lot of focus on road and cross country runs.

The club was set to start its new season with a 10 kilometre road run in Nadi on May 2 but this has been postponed because of the COVID-19 pandemic.

The 10km event is designed as a national event to attract the athletes from around the country.

Jet Runners Club president Abhinesh Kumar said they had secured a sponsor from overseas. He said a new date would be set for the event once the sporting ban was lifted by the government.

“We will be working with Athletics Fiji to make this run a national event,” Abhinesh said.

“The club plans to hold more long distance events. There will also be some cross country runs and we are looking at staging it around Votualevu, Sabeto and Korovuto.

“Most of the focus in the country is on track events. Our aim is to generate interest in events over 3km to half marathons. The fun runs that we have been organising for the past few years have been popular.”

Originally from Votualevu, Abhinesh was one of Fiji’s long distance champions from 2001-2005.

He finished fifth in the Queensland half marathon in 2003 before representing the country in the South Pacific Games in Suva in the same year competing in the 10,000m and half marathon.

Abhinesh was based in Australia from 2004-2006 and became a member of the Campbelltown athletics Club participating in the New South Wales and Australian Championships.

His company, Quality Tile Setters, has been sponsoring many of the Jet Runners Club’s events.

Former national reps Parshotam Lal and Bimlesh Kumar have been helping Abhinesh in his endeavours to breed champion athletes in the country.