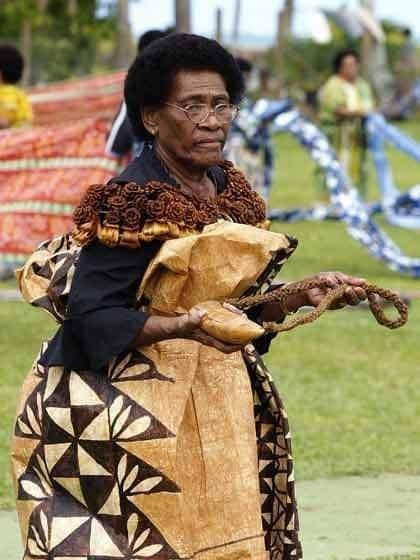 THE village of Nabukaluka in Naitasiri has been receiving delegations for the condolence gathering for the late Na Marama na Roko Tui Waimaro, Adi Pateresia Vonokula, for the past few days.

He said the Roko Tui Bau, Ratu Timoci Taniela, and his Yavusaratu clan and a delegation from Naua on Bau island where the late chief is married to had also presented their ‘i reguregu’.

The thanksgiving service for Adi Pateresia will be held tomorrow at the Nabukaluka Methodist Church at 10am, after which she will be finally laid to rest at the ‘sautabu’ at Nabukaluka.

He said the late chief would be greatly missed by the province because she was a true daughter of Naitasiri who was very instrumental in the developments within the province as she was a member of the provincial council for a number of years.