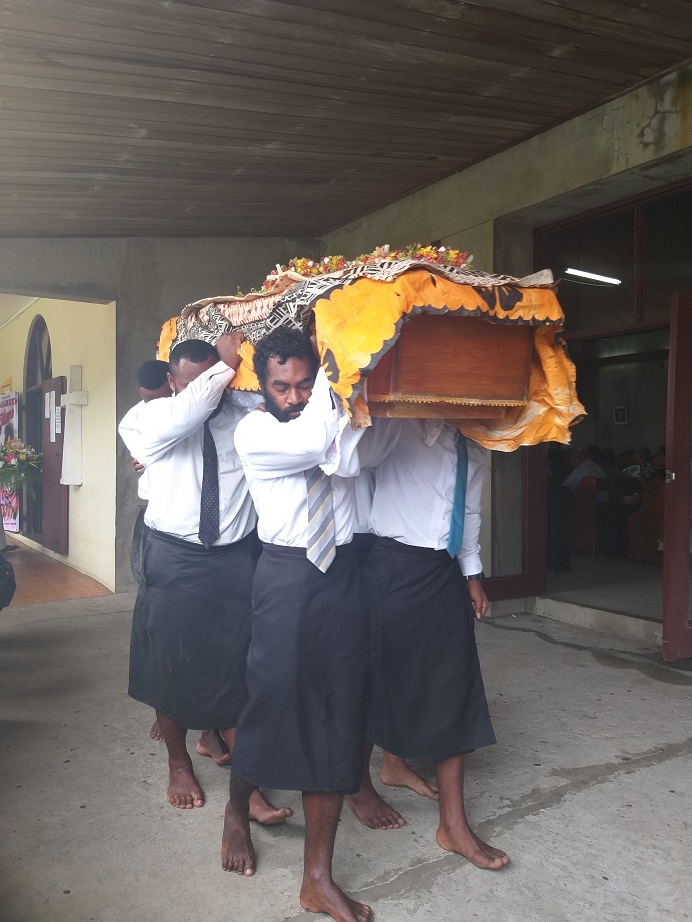 The tertiary student who died in a motor vehicle accident along the Nabouwalu highway last Sunday was laid to rest today.

Her father Sakiusa Tubuna said her kind and loving nature was evident in the amount of people who gathered today to farewell her one last time.

The 23-year-old recently graduated from the University of the South Pacific with a postgraduate diploma in Climate Change and is the eldest of four children.

She was a passenger with two others in a vehicle driven by her mother.

According to Police the four from Kauvula, Lekutu, Bua were heading towards the Nabouwalu Jetty when the suspect allegedly lost control of the vehicle causing it to veer off the road and tumbled several times.

All were rushed to the Nabouwalu Hospital where the victim was pronounced dead on arrival.

She was laid to rest at the Tamavua village cemetery.