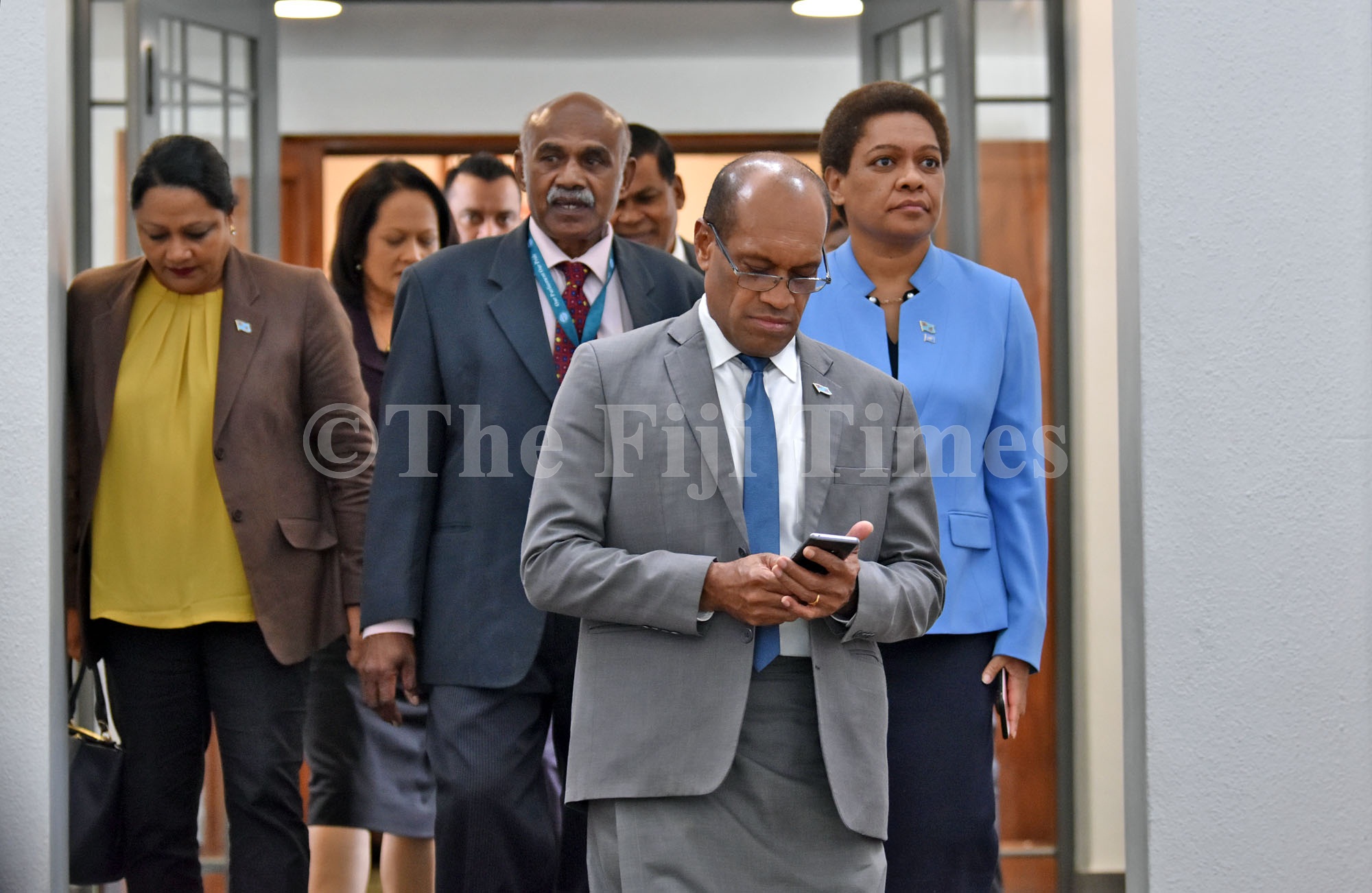 Minister for Infastructure, Transport, Disaster Management, and Meteorological Services Jone Usamate concentrating on his mobile phone as he is followed by Minister for Industry, Trade, Tourism, Local Government, Housing and Community Development Premila Kumar, Opposition member, Mitieli Bulanauca and Minister for Women, Children and Poverty Alleviation Mereseini Vuniwaqa during break between session at the Parliament complex in Suva on Thursday, May 16, 2019. Picture: JONACANI LALAKOBAU

NABOU Green Energy Ltd is an independent power producing plant that was supposed to supply 50 million units of electricity to Energy Fiji Ltd.

While speaking in Parliament last week, Minister for Transport, Infrastructure and Public Utilities Jone Usamate explained the company produced less than 50 per cent of that quota before ceasing operations late last year.

“It’s not part of government.

“It’s a limited liability company that is a power producer that had an agreement to sell power to EFL.

“It started providing electricity to the EFL grid from July, 2017 until late last year.”

He said the company had not complied to some of its agreement with EFL.

“There are some penalty clauses from EFL but I am not too sure if that has been imposed.”

He said the company would resume operations later this year.

“As I mentioned it is a private company so we can’t exactly say what is going to happen with the workers of that company, but the news that I have been provided is they may well be in operation again within two months or so.

“But I cannot vouch for that because as I said they are a private company,” Mr Usamate said.