Myanmar to release 6,500 prisoners in amnesty on Tuesday: president 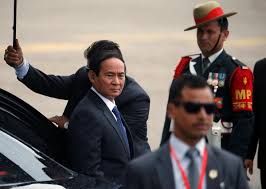 YANGON (Reuters) – Myanmar will release 6,520 prisoners in an amnesty on Tuesday, the president’s office said in a statement.

President Win Myint pardoned thousands of prisoners in two mass amnesties last month. It is customary in Myanmar for authorities to free prisoners around the time of the traditional New Year, which began on April 17.

It was not clear whether two jailed Reuters reporters were among the prisoners scheduled to be released.

The two Reuters reporters, Wa Lone, 33, and Kyaw Soe Oo, 29, were convicted in September of breaking the Official Secrets Act and sentenced to seven years in jail, in a case that raised questions about Myanmar’s progress toward democracy and sparked an outcry from diplomats and human rights advocates.