Musician awarded for contribution to industry 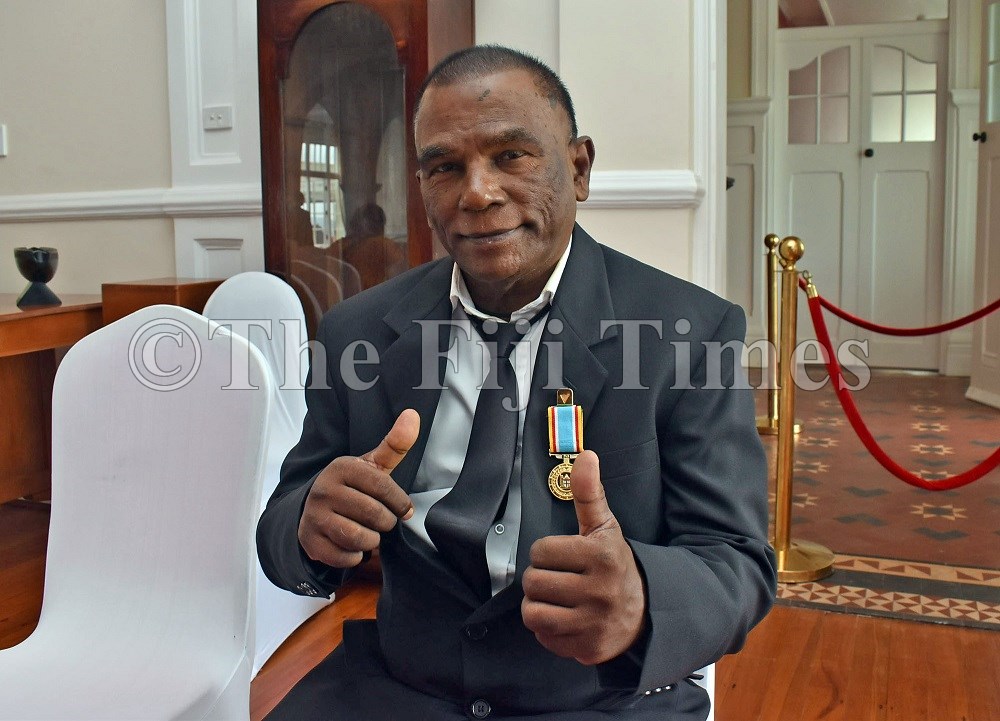 Renowned local musician Ronald Jai was recognised for his immense contribution to Fiji’s music industry when he was awarded the Fiji 50th Anniversary of Independence commemorative medal.

He was among 41 recipients who received the medal from President Jioji Konrote at the State House yesterday.

“I am so happy because Government has appreciated the 40 years I’ve spent in Fiji’s music industry,” Jai said.

“I started singing during the 1980s and I’ve always involved myself in fundraising for charity, whether it was to help cyclone or flood victims.

“I do not know who nominated me to receive this medal but I am really honoured.”

He said he began his musical career as a young boy while studying at the then Samabula Government Boys School in Samabula, Suva.

Jai said his music career flourished when he teamed up with vude king Seru Serevi and queen Laisa Vulakoro.

He rose to stardom in the 1980s with his hit song Musu Musu Haasi which won him the Album of the Year award at the Vakalutuivoce Music Awards in 1997.