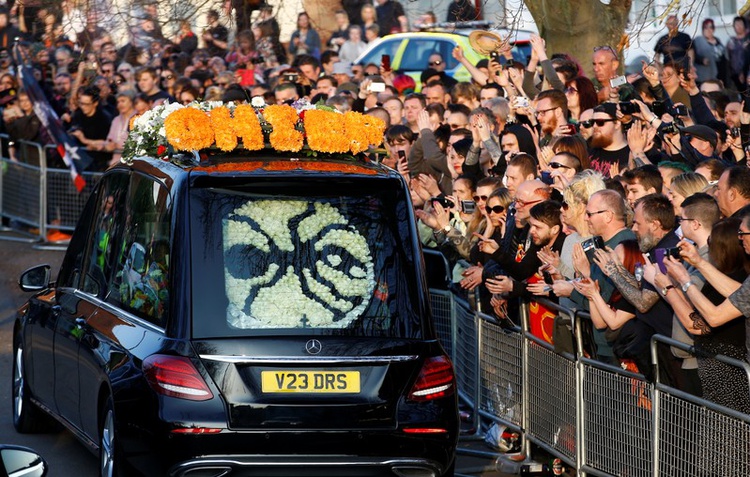 BRAINTREE, England (Reuters) – Dance music played out for the hundreds of fans who flocked to the town of Braintree in eastern England on Friday for the funeral of Keith Flint, former frontman of the Prodigy. Face painting and free tattoos were on offer to those who had come to pay their respects to the […]