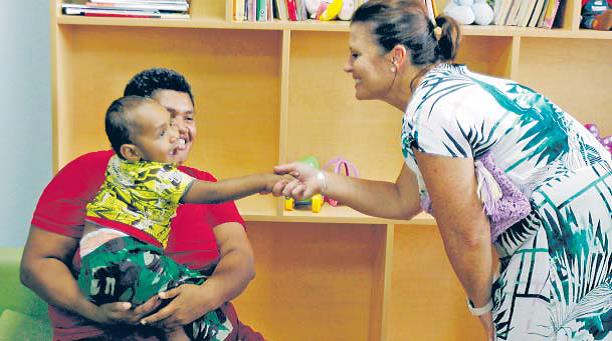 JENNY Morrison, the wife of Scott Morrison, Prime Minister of Australia, visited the Fiji Museum yesterday as part of her official visit to Fiji.

Mrs Morrison was given a tour of the museum and was accompanied by the Fijian Prime Minister’s wife, Mary Bainimarama and the director of the museum, Sipiriano Nemani.

During the tour, she was also introduced to women who were traditional masi weavers, clay and pottery makers.

Mr Nemani said they were overwhelmed by Mrs Morrison’s visit.

“This is actually her first trip to the museum and we are privileged that we got a chance to welcome her,” he said.